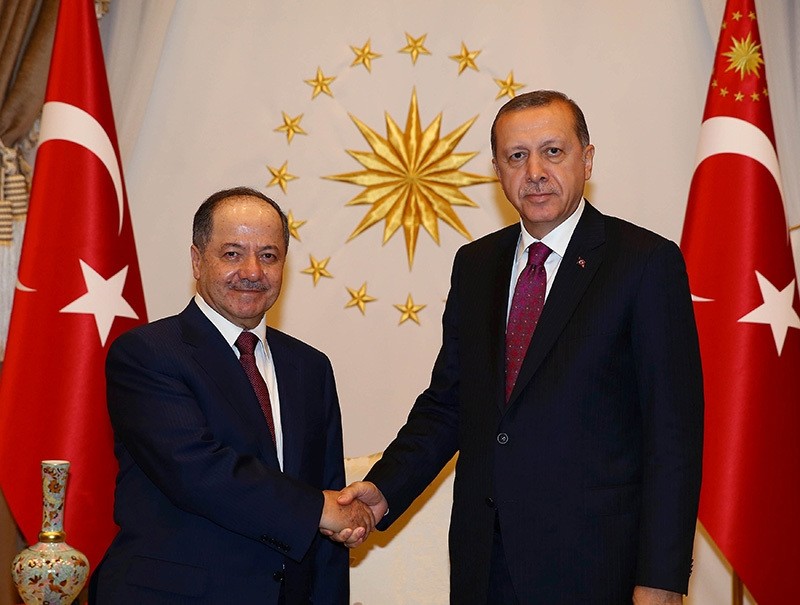 The meeting, which last near two hours in Beştepe Presidential Complex in Ankara, focused on cooperation against terrorist organizations in the region including DAESH, the PKK as well as the Gülenist Terror Group (FETÖ). Barzani's agenda included joint moves to retake the DAESH-seized city of Mosul, along with Turkey's role of Turkey in comprehensive counterterrorism operations to begin in October that aim to completely eliminate DAESH from the areas south, east and north of Mosul.

While Turkey continues logistical and educational support for the Kurdish peshmerga forces, the potential refugee influx that may occur as a result of the operations remains a critical matter. The meetings have reportedly addressed measures to be taken at the border between Turkey and Iraq to avoid a possible influx of approximately 1.5 million people from Iraq to Turkey.

The U.S. is preparing to send military support for the operation to take Mosul, although KRG officials are urging Turkey to provide military support as well. Although the meeting primarily addressed enhanced cooperation against terrorist groups, the agenda included five other topics, including the closure of FETÖ schools, the fight against the PKK and Democratic Union Party (PYD), the Syrian offshoot of the PKK, along with combating DAESH.

Ankara has prepared a comprehensive plan for the Mosul operation, in which Turkey is to give logistical and intelligence support to the coalition. Intelligence reports from Raqqa, Tal Abyad and Tal Afar have reported that Turkey will maintain training support for peshmerga forces at the Diyala military camp. Measures to address the potential flow of migrants at the border between Turkey and Iraq, along with preparations on humanitarian aid, were addressed by Iraqi and Turkish officials. Measures to include ditches to be dug across minefields in efforts to protect civilians and Turkmen in the region are to be preserved. Turkey may send additional troops to the border to counter DAESH attacks.