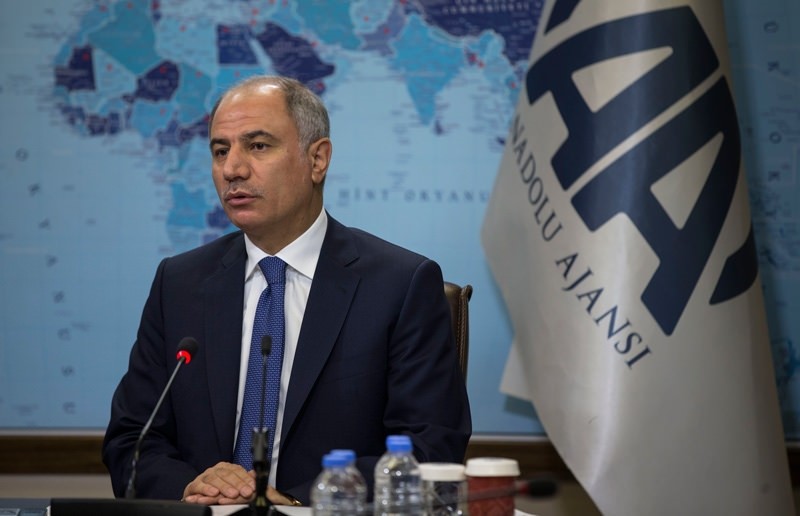 The operation to clear territory across the Syrian border will continue until the terror threat is eliminated, Interior Minister Efkan Ala said on Wednesday.

In remarks made to Anadolu Agency, Ala said Operation Euphrates Shield, which started early Wednesday to purge the DAESH presence around the Syrian border city of Jarablus, is being coordinated with anti-DAESH coalition forces and the operation is Turkey's legal right in respect to its national security.

"Now, there is a clear and ready threat in this region as well. They struck with nine mortar shells yesterday in Karkamış and another one today. Turkey cannot merely watch these bombs drop. The operation conducted today [Wednesday] should be evaluated within this framework. Turkey will provide its own security," he said.

Karkamış is in the southeastern Gaziantep province, right across from the targeted Jarablus.

Ala also stressed that the authorities took the measures for the security of citizens. "Six villages have been evacuated," he said. "The initiative that we took will continue until this threat is removed." He stated that Turkey is also fighting terrorist organizations other than DAESH, referring to the PKK and its Syrian affiliate, the Democratic Union Party (PYD). "Terror groups conduct attacks throughout the world but they mainly target Turkey. We can say Turkey is at war with terrorist organizations." He added, "God willing, we will get a result soon, together with coalition forces and moderate (Syrian) opposition forces." He highlighted that Syria's territorial integrity is essential for Turkey and that the country acts within this accord. He also said the army will take on 500 military officers and 3,500 sergeants after dismissals of members of the Gülenist Terror Group (FETÖ) from the institution due to their involvement in the July 15 coup attempt.

Regarding the failed coup attempt, Ala said constitutions prepared after military coups have paved the way for other coup attempts and urgent reform is needed in the Constitution. He said: "Let's face it, there will be minimal democracy with military constitutions. This situation then whets the appetite of those who intend to make a coup."

Regarding the DAESH suicide bombing in Gaziantep on Saturday, Ala said the findings at the scene of the blast demonstrated that professional help might have been utilized.

"The explosive in the bombing is RDX, which is a fabricated material. It creates an image that professional help was involved in the attack. Investigations of the bombing will reveal whether it is true or not."

He also gave the latest casualties figures of the attack. "Fifty-four civilians lost their lives. […] 19 of them are women and 35 of them are men. There are 30 children among them. Work on identification continues for eight people. There were 97 wounded, including 45 children, and 12 of our 51 wounded citizens in the hospital are in critical condition."