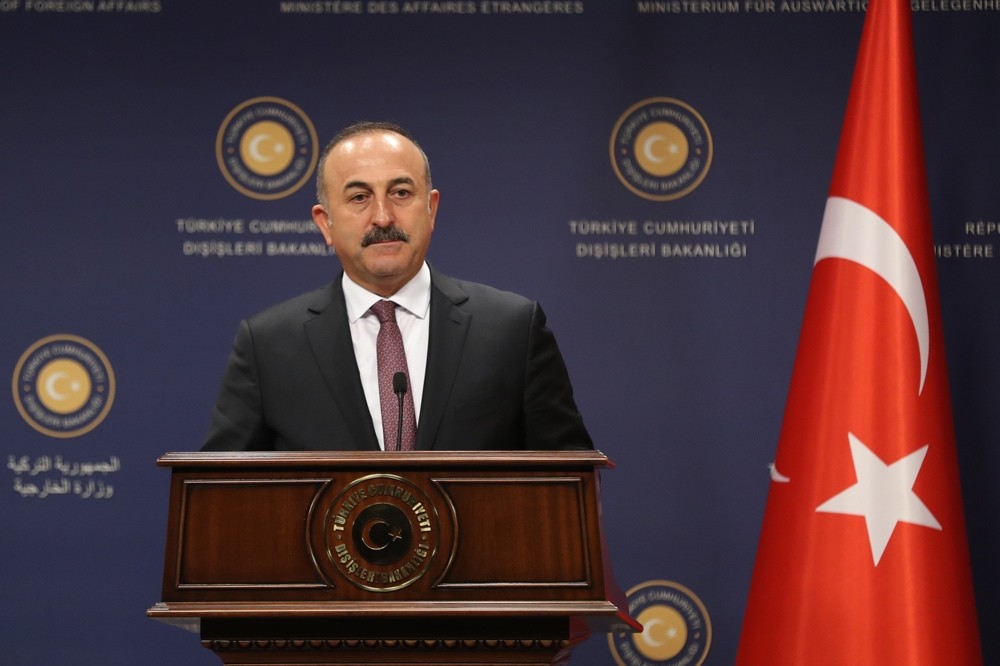 The aim of Turkey's military operation in Syria is to clear Daesh from the country's southern border, Foreign Minister Mevlüt Çavusoğlu said on Wednesday.

Speaking at a news conference in Ankara alongside his Estonian counterpart Marina Kaljurand, Foreign Minister Çavuşoğlu said the terror group targeted the country because Turkey "is one of the most decisive countries in the fight against Daesh".

Çavuşoğlu's remarks came as Turkish tanks crossed the border into northern Syria as part of operations to clear Daesh terrorists from the city of Jarablus.

Cavusoglu said the Turkish Armed Forces' activities were continuing "without a hitch", adding: "We are working together with the coalition regarding air support."

Turkish officials are blaming Daesh for Saturday's deadly blast at a wedding ceremony in southeastern province of Gaziantep which left 54 people dead.

Çavuşoğlu also said the YPG -the military wing of the PYD terrorist group- must return to east of the Euphrates River, adding, "The U.S. also supports this. Otherwise, I am saying very clearly that we will do what is necessary."

Çavuşoğlu said there was weak support coming from the European Union countries following the July 15 coup attempt in Turkey.

He said Turkey wanted to see support instead of "heavy criticisms and threats".

"Estonia is also the member of the coalition and we have one target: terrorism. We support all the actions undertaken by Turkey and undertaken by other allies," Kaljurand said. "Once again we reaffirmed solidarity of my country and also the Council of Europe to Turkey and the democratically elected institutions and authorities of Turkey."

"There is no excuse for any coup. Those perpetrators have to be brought to justice. There is no question about that," she added.

Kaljurand also said that the EU is a "close partner" of Turkey.

"We need each other. We are partners and we have to cooperate. Estonia has always supported Turkey's integration with the EU," she stated.