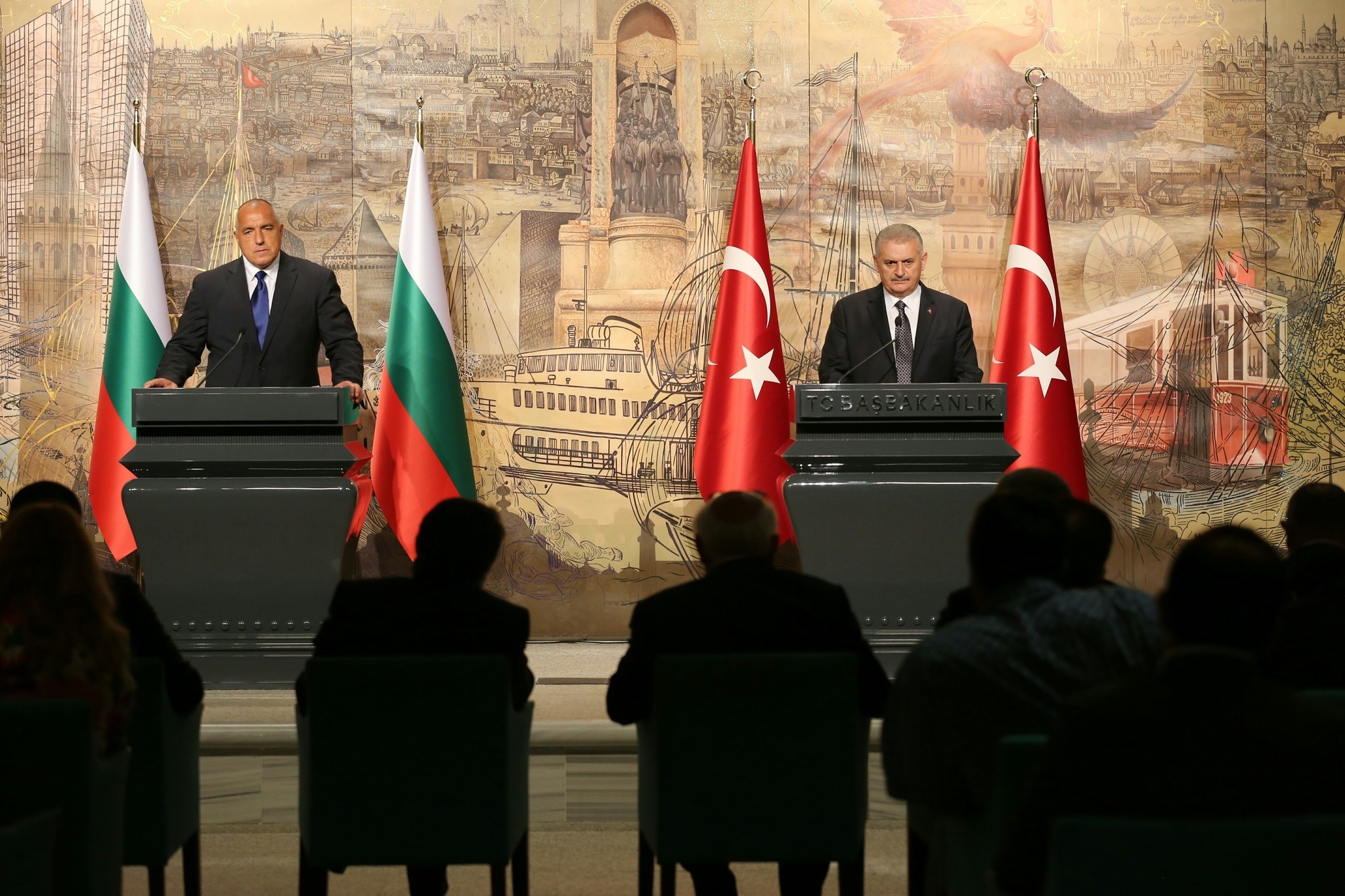 Turkey's ongoing Euphrates Shield operation in Syria to sweep Daesh off its border has probably prevented a 2-million-people-strong wave of migrants, Bulgarian Prime Minister Boyko Borisov said during a joint press conference with his Turkish counterpart in Ankara, as he urged the EU to do more about the migration problem.

"The Turkish Armed Forces [TSK] have probably prevented a probable new migration wave of 2 million people with the Euphrates Shield operation in Syria's Jarablus with the [U.S.-led] coalition. Considering that Turkey is already hosting some 3 million refugees, Europe should make a serious analysis. The main question is this: How long will Turkey be able to prevent this flow of migrants?"

Borisov praised Ankara's efforts to ease the migration pressure on Bulgaria, saying that Turkey has already taken back about 26,000 irregular migrants from Bulgaria even though an agreement for the readmission of refugees to Turkey from EU member states has yet to be finalized.

"If we only secure our border with Turkey, who will secure the borders with Greece and Macedonia? I hope that realism will prevail over nationalism and populism" Borisov said.

Bulgaria became the first European Union country to sign with Turkey a bilateral protocol in May for the implementation of the EU-Turkey agreement, a deal which is still hanging by a thread, with the bloc pushing Turkey for a change in its terror code.

Turkish Prime Minister Binali Yıldırım said at the press conference that unless the EU guaranteed visa-free travel by the end of October, Ankara could back out of the deal.

"We want our European friends to understand that the time to take more responsibility on the migrant question has come," Yıldırım said.

"Solving the problem with Bulgaria does not point to a total solution. Europe does not have a choice to escape from this threat this way because things are getting more complicated in the region – in Syria and Iraq. We have taken new measures on our southern border. We are cleaning Daesh and terror organizations from there so that the civilians there will not be forced to leave their homes once again" he said