Turkish, Greek FMs get together in Greek island of Crete for unofficial meeting 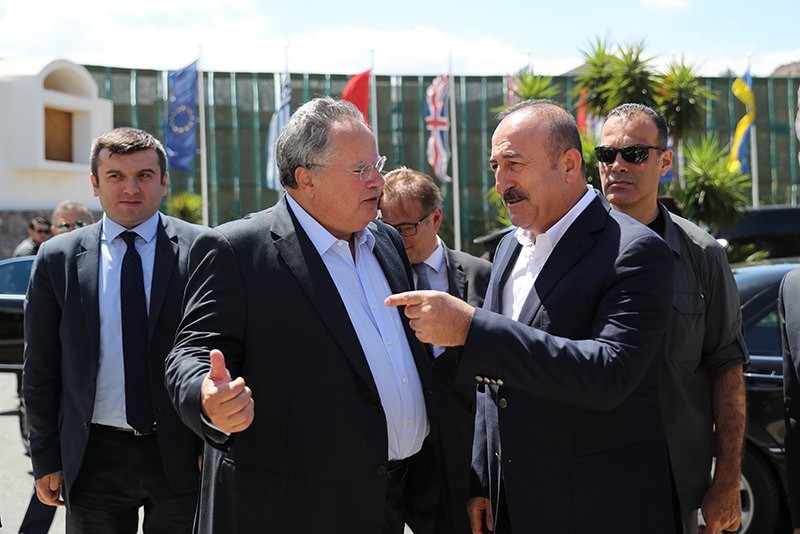 Turkish Foreign Minister Mevlüt Çavuşoğlu on Sunday thanked Greece for its support in the aftermath of the July 15 coup attempt in Turkey.

The minister, who was in Elounda on the Greek island of Crete for an unofficial meeting with Greek Foreign Minister Nikos Kotzias, said: "The solidarity and clear attitude that Greece showed made the Turkish people very happy.

"Especially in Europe, no one can understand better than Greece and the Greek people the danger that Turkey went through."

A 1967 coup saw a military junta run Greece for seven years until it collapsed in the wake of Turkey's military intervention in Cyprus. Since 1974, the island has been divided between its Turkish and Greek communities.

Çavuşoğlu said the reunification of Cyprus was supported by Turkey.

"We support the ongoing negotiations in Cyprus and efforts to put forward a solution," he told reporters. "I hope that this time both sides living on the island can evaluate the opportunity they have in a good way. We will back them as Greece and Turkey."

Reunification talks resumed in May last year and are expected to be resolved by the end of this year with the formation of a federal administration.

Kotzias said the two leaders had talked about improving economic and transport ties.