Erdoğan meets with Chinese president Xi Jinping ahead of G20 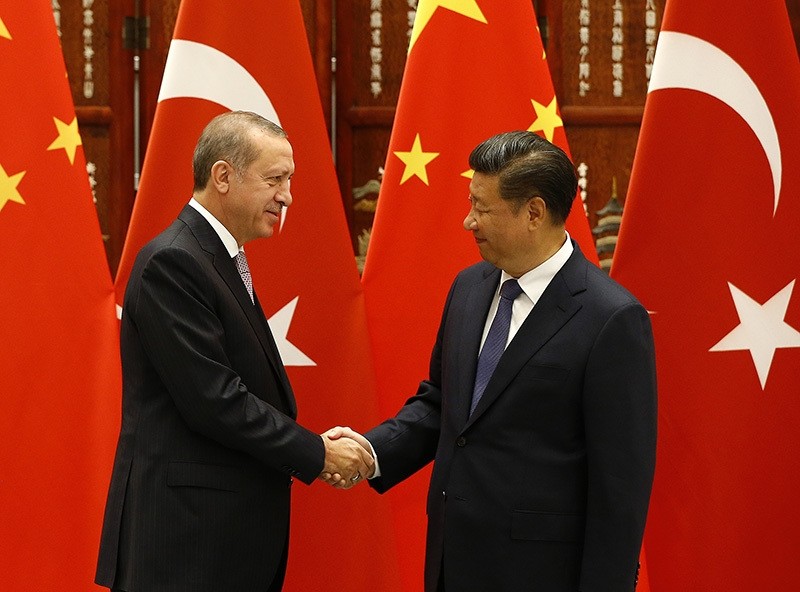 President Recep Tayyip Erdoğan met his Chinese counterpart Xi Jinping on Saturday ahead of a G20 summit in eastern China.

The closed meeting was held at the West Lake State Guest House in the coastal city of Hangzhou with the attendance of delegates from the two countries.

Erdoğan arrived in Hangzhou on Saturday for the 2016 G20 summit, set to be held Sunday through Monday.

On the sidelines of the gathering, he is expected to hold meetings with Russian President Vladimir Putin and United States President Barack Obama.

Earlier this week, the Kremlin said Putin and Erdoğan would discuss the civil war-torn country of Syria and the fight against international terrorism.

Meanwhile, Obama's deputy national security advisor Ben Rhodes said the U.S. leader will want to discuss "the circumstances in Turkey since the attempted coup, as well as our counter-ISIL [Daesh] campaign, and our efforts to promote greater stability in Syria and response to the refugee crisis."