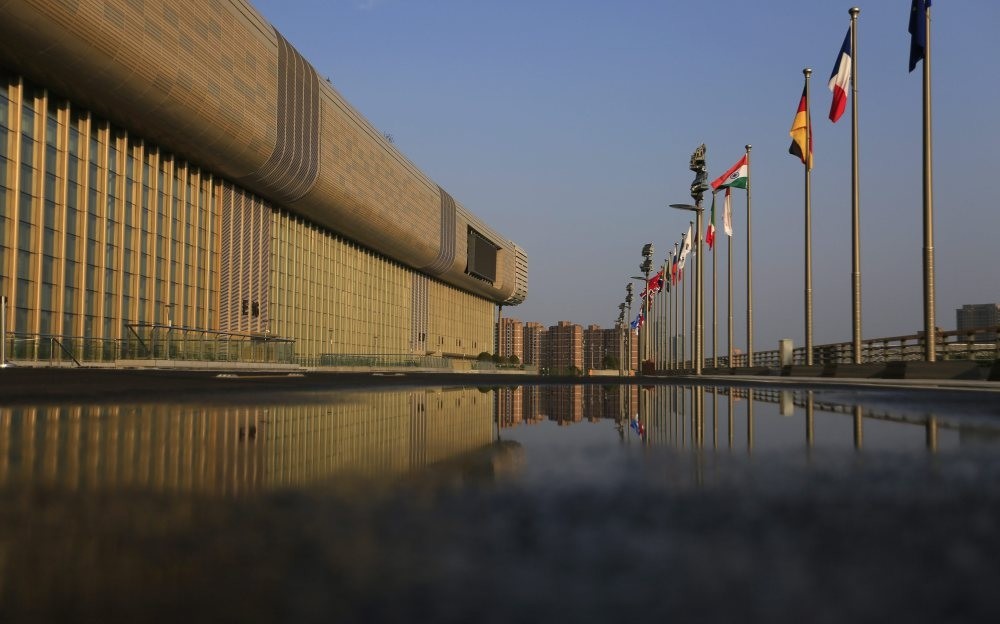 President Erdoğan will hold many bilateral meetings at the G20 summit where he will explain Turkey's current fight against terrorism; experts are not hopeful about the meetings, pointing out that they believe a meeting with Putin could result in new strategies in the counterterrorism fight in Syria

The fight against terrorism will be Turkey's main agenda at the G20 summit, which will be hosted in the city of Hangzhou, China from Sept. 4-5. Bilateral talks will be held between President Recep Tayyip Erdoğan and other leaders, including U.S. President Barack Obama, Russian President Vladimir Putin and leaders from EU countries.

Presidential spokesperson İbrahim Kalın said on Wednesday that the fight against terrorist groups, including DAESH, the Gülenist Terror Group (FETÖ), the PKK, its Syrian affiliate Democratic Union Party (PYD) and its armed wing People's Protection Units (YPG) will be Turkey's top priority at the G20 summit, adding that as a global problem, terrorism requires a cooperative solution at an international level.

Even though experts are not optimistic that bilateral talks will have positive effects on the counterterrorism fight, they think that President Erdoğan meeting with Russian President Putin may have some palpable results for strategy against DAESH in Syria, as well as the country's future for the post-war period. "The most important meeting on President Erdoğan's agenda is the one he will arrange with Putin, concerning the development of a comprehensive strategy in Syria," Yeni Yüzyıl University's rector and academic in the Department of International Relations, Yaşar Hacısalihoğlu, told Daily Sabah.

Hacısalihoğlu said that Turkey will explain its own position regarding the fight against terrorism, including DAESH, FETÖ, the PKK and the PYD at the G20 Summit. "Fighting DAESH should not whitewash the PYD, since it has strong ties with the PKK. If international law exists, other countries should support Turkey's rightful fight against these terrorist organizations," Hacısalihoğlu added.

Regarding the issue, İbrahim Kalın stressed at a press conference held Wednesday that any efforts to depict Turkey's Operation Euphrates Shield as an operation targeting Kurds is completely unethical and nothing more than terror propaganda.

Ufuk Ulutaş, foreign policy coordinator at the Foundation for Political, Economic and Social Research (SETA) also underscored the importance of Erdoğan's meeting with Putin, saying that it can have positive contributions on the relaunching of Geneva talks and reconciliation talks under the auspices of the U.N. between Bashar Assad and the internationally recognized opposition. On the other hand, he said the meeting between President Obama and President Erdoğan is completely hopeless regarding Turkey's request for extradition of Fethullah Gülen, the leader of FETÖ and the mastermind of the failed July 15 coup attempt, adding: "All Obama wants to do is leave his term in office when the time comes. Until it, he will continue to implement his wrong policies regarding Turkey, and will definitely avoid discussing controversial issues, including the extradition of Gülen to Turkey."

"I do not expect a new common strategy against terrorism since the extent of terrorism is differentiated between Turkey and other actors in the field" said Galip Dalay, political analyst and director of the Istanbul-based al-Sharq Forum, adding that U.S. and Russia should change its view towards moderate opposition who fight against both Syrian President Bashar al-Assad and DAESH. "As long as the U.S. and Russia continue to define moderate organization in Syria as a terrorist and on the other hand continue to support the PYD, which is regarded as a terrorist group in Turkey due to its ties with the PKK, we cannot expect a common strategy to be reached as a result of the meetings," Dalay concluded.