Politicians slam US Embassy statement on removal of terror-linked mayors 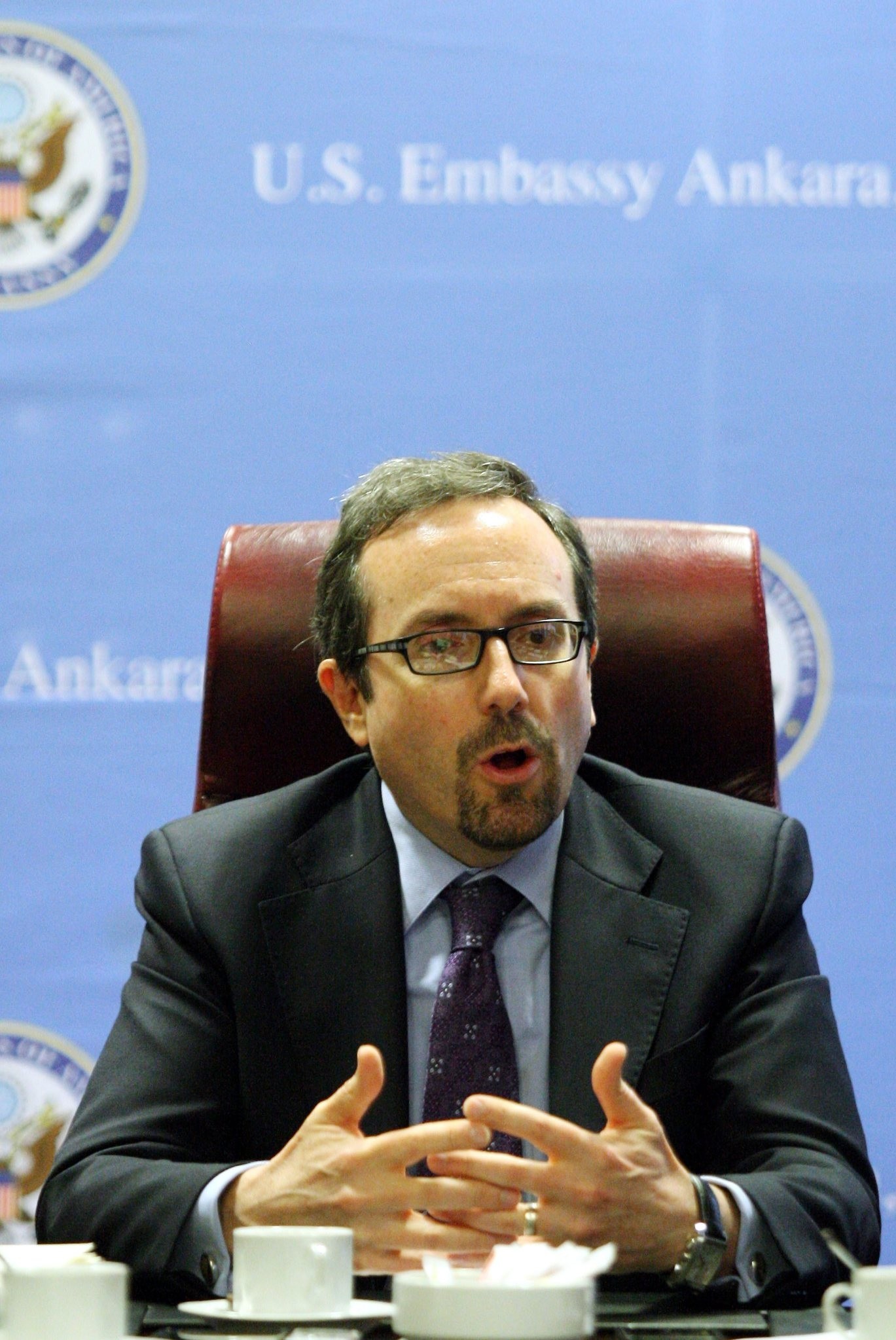 Turkish politicians have criticized the U.S. Embassy’s statement on the removal of terror-linked municipalities, saying it is not diplomatic etiquette to interfere in internal matters and that Washington should stand by Ankara in its fight against terror

Interior Minister Süleyman Soylu on Wednesday criticized a statement released by the U.S. Embassy in Ankara on the removal of mayors accused of links to terror groups, during a Qurban Bayram (Feast of the Sacrifice) event in Trabzon province, saying it is disappointing for ambassadors of ally countries to comment on issues that are not their business.

The U.S. Embassy called for early elections in Turkey's east and southeast on Sept. 11, voicing concern about a government decision to replace 24 PKK-affiliated mayors with government-appointed administrators.

He added that such remarks by allies who participate in the global fight against terror play into the hands of terror groups and that it is completely unacceptable, adding that Turkey's determined stance against all terror groups – DAESH, the PKK and the Gülenist Terror Group (FETÖ) – will continue.

According to official sources, it was discovered that a tool from the Dargeçit District Municipality of Mardin province was used to dig ditches and build barricades as part of PKK terror activities between Oct. 10 and Oct. 12 last year.

Similarly, on the same dates, a tractor from the same municipality was reported stolen and during searches for the stolen vehicle, a large amount of weapons and ammunition were found in the tractor's trailer, including seven rocket launchers, five Kalashnikov rifles, handmade explosives and suicide vests.

Official sources also stated that municipal vehicles were used in several PKK attacks against the security forces in Mardin's Artuklu and Derik municipalities, as well as Van municipality on various dates.

On Tuesday, Çavuşoğlu also responded to the U.S. embassy statement, saying no foreign ambassador could act like a governor in Turkey.

"Some statements, especially those from our allies, are upsetting at a time when we are fighting against terrorism," Çavuşoğlu said on Tuesday in his hometown of Antalya, criticizing the U.S.'s attempt to meddle in Turkey's internal affairs. "No elected official can have immunity if they are aiding terrorists," he added.

"None of you are the bosses of Turkey. … If you want to have a strong relationship with Turkey, you will consider Turkey as an equal partner," Çavuşoğlu said, and added: "Your ambassadors are not governors in Turkey. They should do their jobs properly within the framework of the Vienna Conventions."

"It has been a disappointment for us to see such statements regarding the removal of municipal authorities with links to terrorism, be it the PKK or FETÖ. Particularly after the July 15 coup attempt, when Turkey would have liked to see its allies stand by us," Esayan said.

Also, it is thought-provoking for us to see such comments be issued, particularly at a time when there has been evidence provided which shows the links between some mayors and terror groups, as well as the illegal use of municipal equipment to dig ditches for terror activities," he said, adding: "Such actions will have a negative effect on Turkish-U.S. relations."

President Recep Tayyip Erdoğan on Tuesday defended the suspension of 28 mayors from their posts over links with the PKK terror organization, saying that they exploited their positions by providing assistance to terrorists.

"Being elected does not give you unlimited authority and powers to use against the government and civilians," President Recep Tayyip Erdoğan said during a Qurban Bayram event in Istanbul, adding that the election of mayors by popular vote does not give them the right to support terror organizations.

On Sunday, the Interior Ministry announced the replacement of the mayors with trustees, mostly in Turkey's east and southeast. Out of the 28 mayors, 24 are accused of links to the PKK terror group, while four are said to have ties to FETÖ, the terror group behind the July 15 attempted coup.

Also commenting on the removal of mayors from the office, European Union Minister Ömer Çelik said on Tuesday that the mayors have been stripped of their authority because they have exploited their authority and used it against the people of Turkey.

"If you dig ditches for the terrorists with municipal vehicles, if you carry weapons and ammunition to terrorists, if you support terror activities with the opportunity placed into your hands, meaning you are not the mayors of the people but rather you've become appointees of the PKK, authority will be taken away from you and returned to the people," Çelik said during a Qurban Bayram even in the Kozan district of Turkey's southern Adana province.

"If these removals are done as part of fight against terror, then this is a right thing to do, even if the mayor is from the Nationalist Movement Party," he said on Monday.

"The U.S. ambassador is crossing the line, disrespecting and insulting Turkey. Turkey is not the 53rd state of the United States. Turkey is an independent, national and a proud state," Bahçeli also said at another event on Tuesday.
Last Update: Sep 15, 2016 12:25 pm
RELATED TOPICS