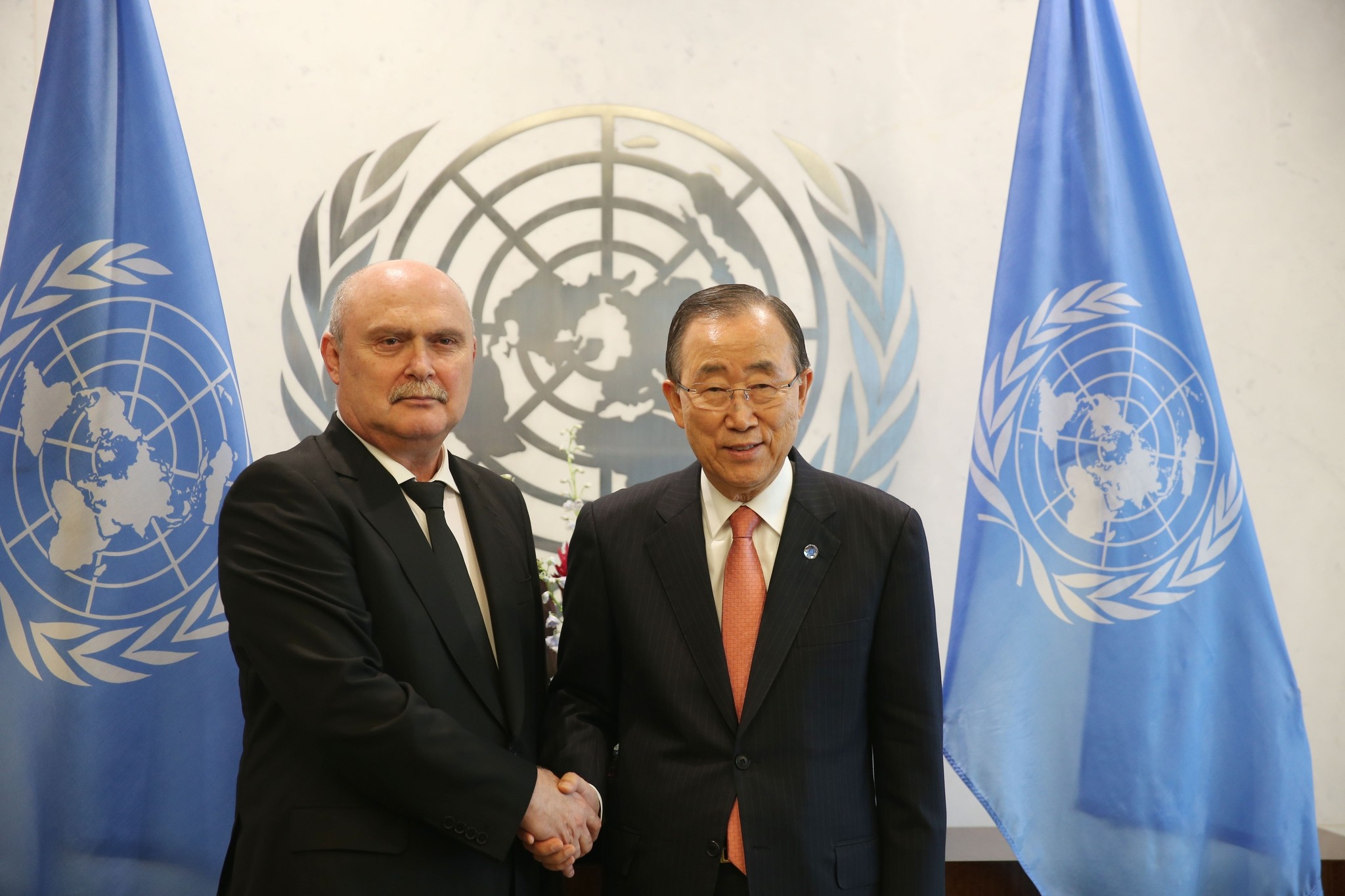 In a meeting at UN headquarters in New York, Ban greeted Sinirlioglu with the Turkish greeting of "Merhaba", and congratulated him on beginning his term.

Ambassador Sinirlioğlu, who replaced Halit Çevik in June, is a career diplomat with vast experience in Turkish foreign policy.

Sinirlioğlu served as undersecretary at the foreign affairs ministry for seven years. He also briefly assumed the role of foreign minister last year during a months-long election cycle.