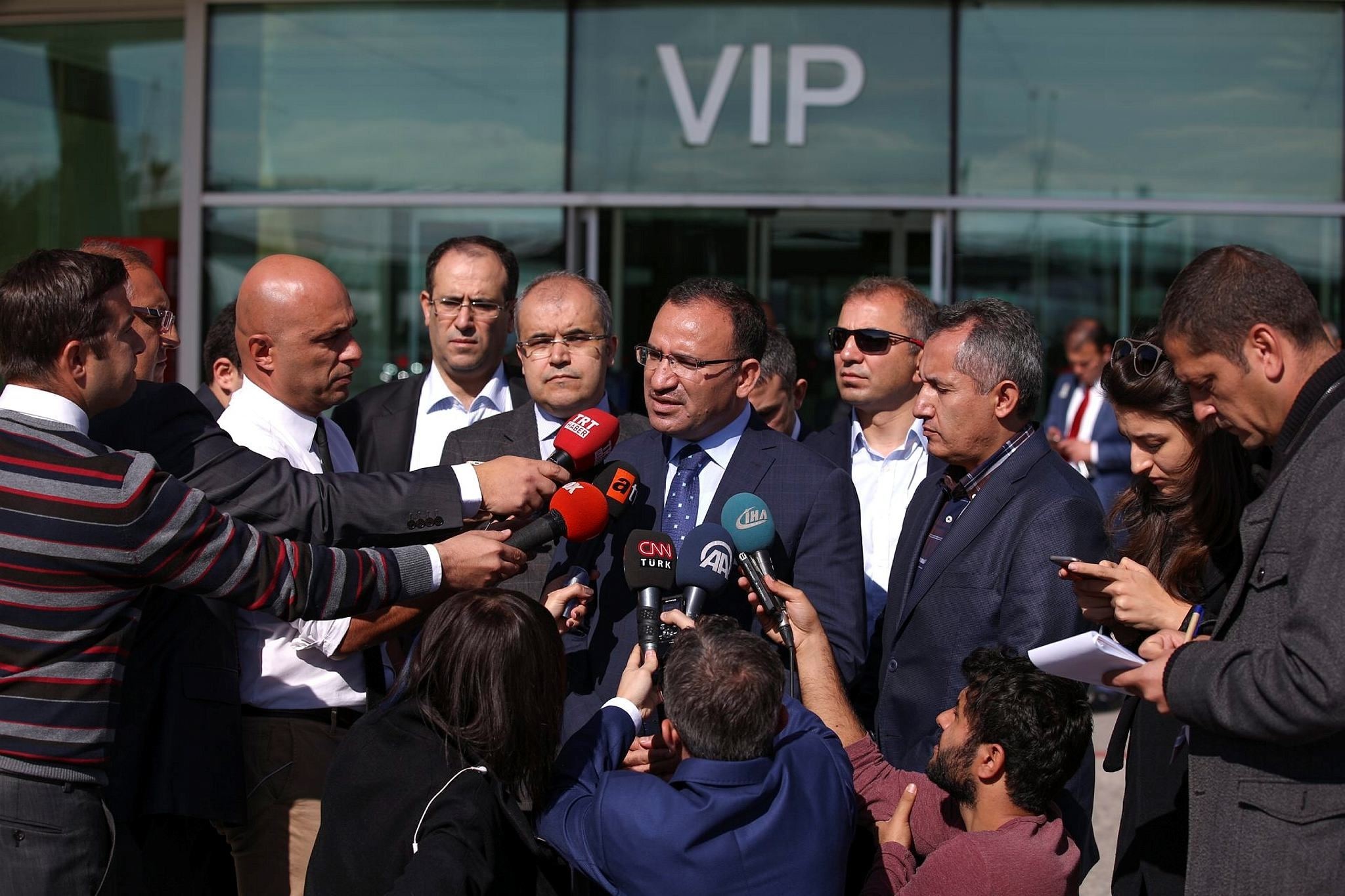 Amid an ongoing legal process and political negotiations between Ankara and Washington on the arrest and extradition of the head of the Gülenist Terror Group (FETÖ), Fetullah Gülen, Justice Minister Bekir Bozdağ left Tuesday for the United States to meet with officials on the issue, which he said was a case equivalent to what Osama bin Laden meant for the U.S. administration.

Speaking to reporters prior to his departure in Ankara, Bozdağ said: "I would like to reiterate once again that what Osama bin Laden means for the United States, Fetullah Gülen means the same for the Turkish state. This is a very clear issue."

Turkey has repeatedly demanded the extradition of Gülen as part of the extradition agreement between the two countries, however, the U.S. has said that there has not been sufficient evidence submitted for the extradition. Meanwhile, Ankara has requested the arrest of the FETÖ leader, to eliminate the risk of his escape to a third country. But Washington has not taken any steps on this issue as of yet, demanding further evidence from Turkey.

The Justice Ministry and authorities had previously sent material as evidence for the extradition of Gülen, prior to July 15 coup attempt, but also submitted more evidence after the bloody coup attempt.

Bozdağ said that he is going to the U.S. with a folder that includes "more than enough evidence" for the extradition process.

"According to us, there is more than enough evidence in the folder necessary for the extradition of the terrorist Fetullah Gülen," the minister said. The extradition treaty between the two countries was signed in 1979. Turkey's first official request for Gülen's provisional arrest was issued to the U.S. on Sept. 13.

"We request a temporary arrest. We demand this so that he is not able to manage and delegate the terror activities and he cannot escape. We will repeat this request," he added.

Bozdağ, is accompanied by Ahmet İyimaya, the head of Parliament's Justice Commission, as well as other deputies from the Justice and Development Party (AK Party), the main opposition Republican People's Party (CHP), and Nationalist Movement Party (MHP).

Speaking to Daily Sabah on the legal process between the two countries, law Professor Cemal Şanlı said that the legal process will be initiated by the U.S. authorities once the evidence is submitted to a prosecutor, which then will hold a trial and make a decision on the criminal aspect of the activities.

"The U.S. Justice Ministry or the Secretary of State will submit the evidence submitted by Turkish to a prosecutor, who then will look at the evidence and decide whether it has criminal aspects. Then, the prosecutor will submit back the decision to the related authorities. However, the final decision for the extradition is still based on the decision of the Secretary of State," he said.

Bozdağ further added that Turkey hopes the issue "over a terrorist" should not turn into a matter of conflict between the two allies.

"A person who has been involved with this many big crimes lives in Pennsylvania, U.S. He still continues to manage the terror group. It is not acceptable for him to be able to manage the group without any restrictions," Bozdağ said and added, "We will continue to cooperate closely. I hope that the decision will be made according to necessities of the agreement between us."

Ankara says that it respects the legal process in the United States over the matter, however it requests that Washington ensures that the issue does not turn into a political matter.

The failed July 15 coup attempt, which left 241 people dead and nearly 2,200 injured, was allegedly organized by followers of Fethullah Gülen, who has been living in self-imposed exile in Pennsylvania, U.S., since 1999. Gülen has led a long-running campaign to overthrow the state through infiltration of Turkish institutions, particularly the military, police and judiciary.