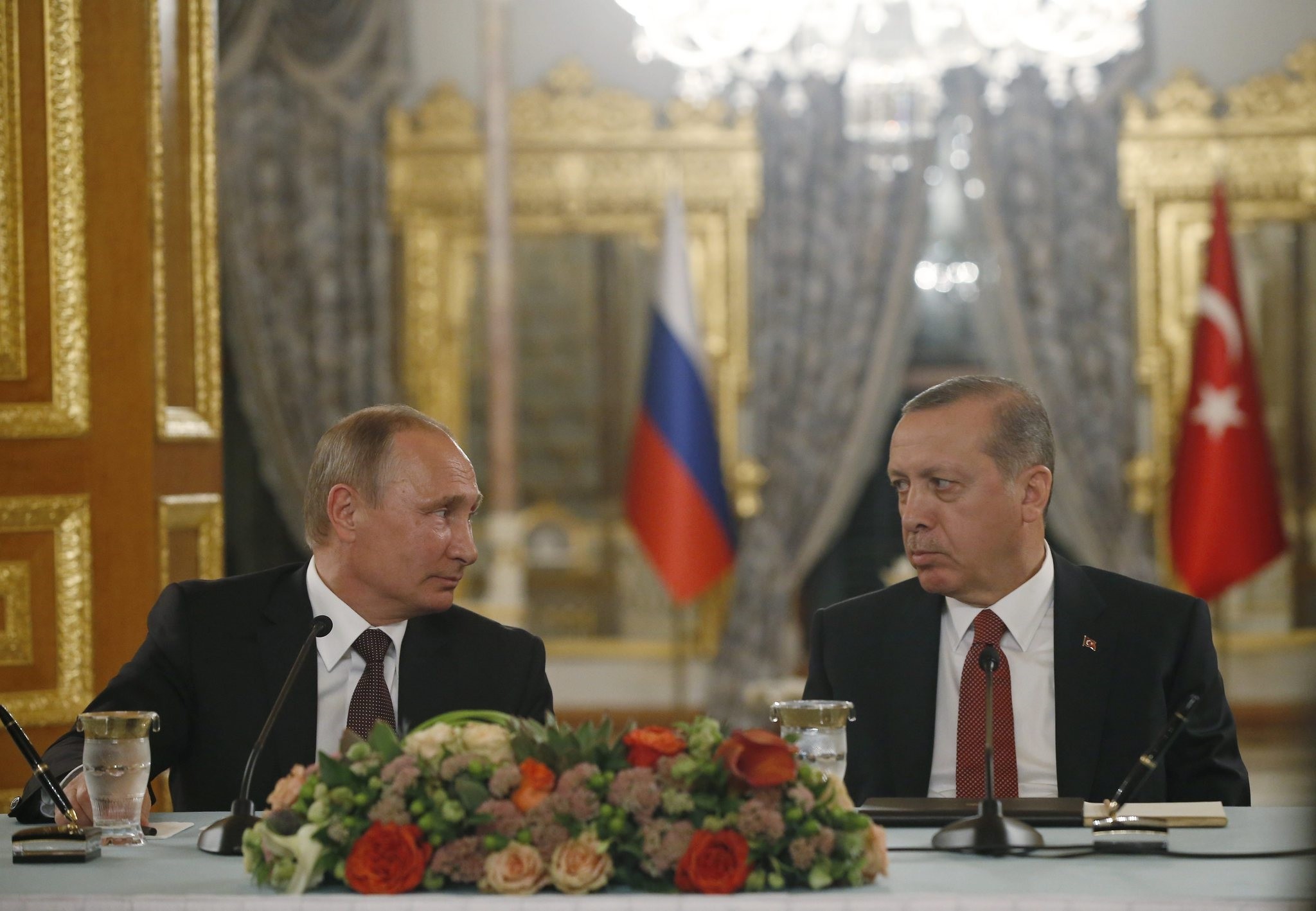 President Recep Tayyip Erdoğan and his Russian counterpart Vladimir Putin discussed a recent attack believed to have been carried out by Assad regime jets, which killed four Turkish soldiers and injured nine others near Syria's al-Bab, in a phone call on Friday, presidential sources said.

Erdoğan told Putin that Turkey respected Syria's territorial integrity and that an operation launched in August to drive Daesh militants from the border is evidence of Ankara's determination in fighting militant groups.

The two leaders also discussed the developments in Syria and agreed to speed up efforts to find a humanitarian solution in Aleppo, according to the sources.

On Wednesday, at around 03:30 a.m. local time (0030GMT), Syrian regime forces carried out airstrikes on Turkish troops close to the town of al-Bab in northern Aleppo in Syria, the Turkish General Staff confirmed.

As the Turkey-backed Free Syrian Army (FSA) prepares for an extensive operation in al-Bab, the People's Protection Units (YPG)-dominated Syrian Defense Forces (SDF) has also been approaching the town from the east, fighting the FSA to take villages along the way. The SDF is just around 10 kilometers away from al-Bab.

In addition, the Assad regime recently made its intentions known to launch an offensive toward al-Bab. The already complex situation in and around al-Bab is likely to get worse with the Assad regime in the present mix.

FSA presence in the region poses a threat to the regime. If al-Bab was to be seized by the FSA, it would allow opposition fighters to transport humanitarian aid as well as military equipment to their fellow fighters in and around Aleppo.

The TSK, meanwhile, announced that at least 14 Daesh targets were destroyed on Wednesday as part of Operation Euphrates Shield, launched by Turkey in late August to rid northern Syria of terrorist presence.

The targets were located in the towns of Qabasin, Bzaa, Arima as well as al-Bab.

Over 215 residential areas, including more than 1,800 square kilometers (694 square miles) of land in northern Syria have so far been cleared of Daesh terrorists as part of the operation, which has entered its 93rd day.

Turkey launched the operation in cooperation with the FSA on Aug. 24 to clear its southern border of Daesh terrorists and liberate north Syrian towns of the terrorist group.