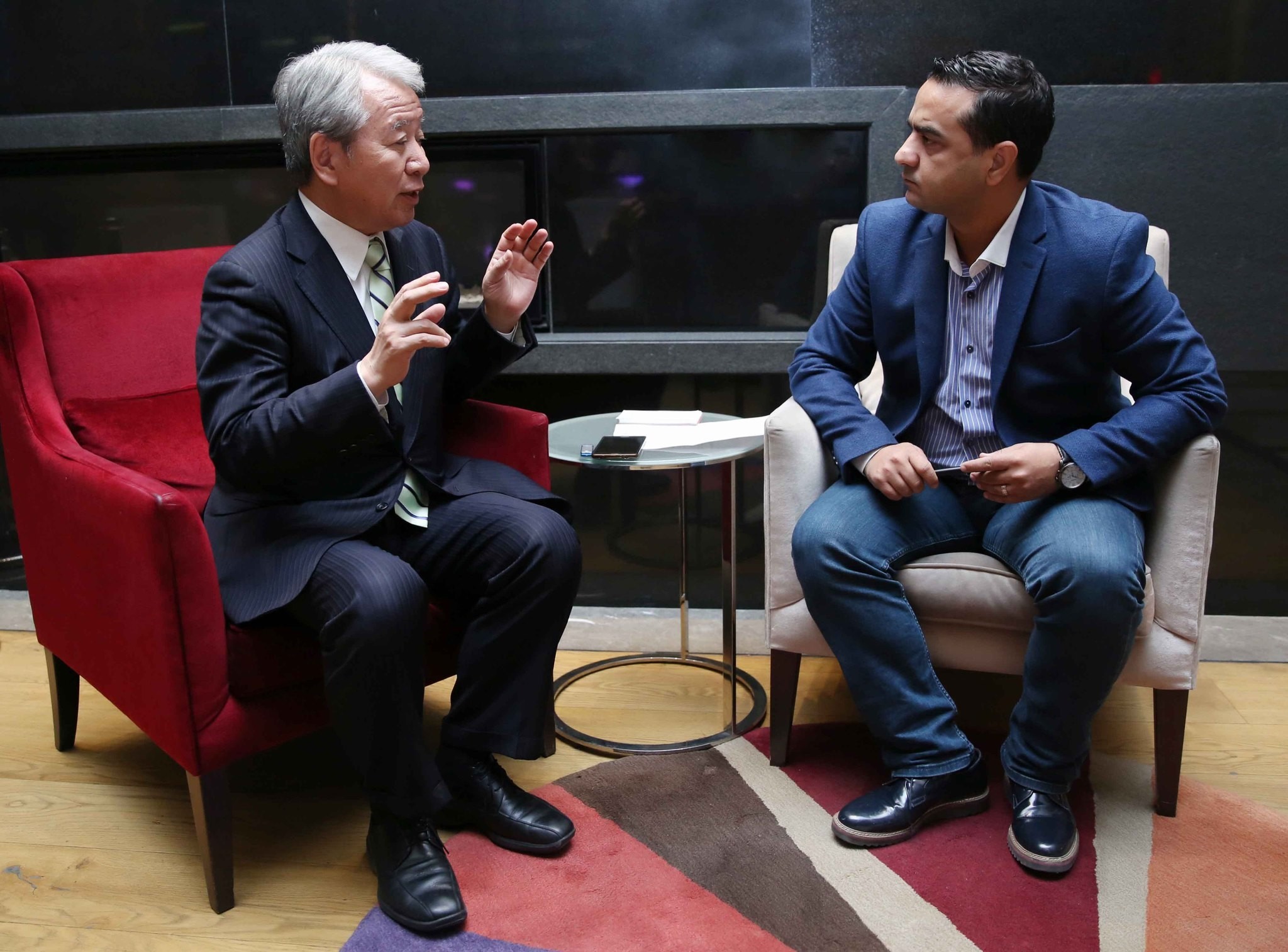 Prominent Japanese academic and former president of the Japan International Cooperation Agency (JICA), professor Tanaka Akihiko, said the current situation of the world compels Japan and Turkey to rise up to humanitarian challenges. Akihiko also noted that Japan and Turkey are working with various developing countries to improve their technical competence in certain fields.

Akihiko is a well-known professor of International Politics at the University of Tokyo and was in Ankara last week to participate in a symposium by the Center for Middle Eastern Strategic Studies (ORSAM), the Center for Strategic Research of the Ministry of Foreign Affairs (SAM), and the Japanese Embassy. The symposium entitled "Turkey–Japan Dialogue on Global Affairs" was organized to shed light on Turkey-Japan relations and cooperation in the context of different regions and global issues.

Speaking to Daily Sabah during his visit to Ankara, professor Akihiko said as a result of increasing economic growth, Turkey's interest in global affairs has also increased. Regarding the recent humanitarian crisis, he said Turkey is now bearing a tremendous burden by allowing in a large number of refugees and displaced people from its neighboring countries. He underlined that as a member of the international community concerned with developments in the Middle East, Japan has an interest in resolving the current humanitarian challenges. "In this respect, we owe a great deal to Turkey for playing this crucial role. Japan needs to collaborate with Turkey in the Syrian crisis," he said.

Pointing out that both Japan and Turkey are providing aid to the countries bearing the burden of Syrian refugees, Akihiko added that both countries are successfully cooperating to help developing countries: "During my presidency at JICA, I was very pleased working with Turkey's international cooperation agency, TİKA. TİKA is engaged in technical cooperation with many countries. We are very happy to observe the success of what we call triangular collaboration, consisting of Japan, Turkey and developing countries."

"Japan and Turkey work with various developing countries to improve their technical competence in certain fields. For instance, we are grateful to Turkey for training male and female police officers of Afghanistan, a project to which we are extending financial support. I have always been appreciative of TİKA's initiatives and activities. Still, we must explore new possibilities of collaboration for countries in Africa."

Professor Akihiko also said Japan started development cooperation over 60 years ago to create the image of Japan as a reliable partner, admitting their efforts were not very successful in the beginning. "Steady economic development and providing assistance to other countries don't create trust overnight," he said. Describing Turkey as a long-standing partner for Japan, Akihiko recalled that Japan collaborated in some of Turkey's largest projects, such as financing the second Bosporus bridge in the 1980s, and the Marmaray project. "We perceive the development cooperation as a process of mutual learning. We learn a lot by engaging with our partners. JICA has always benefited from these interactions," he said.

Japan has recently lifted their self-imposed armaments ban and commenting on this issue Akihiko said there is significant opportunity for cooperation between Turkey and Japan in the defense industry. "Nowadays, weapons are being produced jointly by like-minded countries. By joining finance and capabilities, it is possible to create better equipment at a more reasonable price. I believe Japan and Turkey can collaborate in certain fields in the defense industry," he said.

"We are very like-minded with Turkey, including our values and interests. As Turkey's diplomacy becomes ever more global, it may need consultation with Japan in certain areas. For instance, if Turkey wants to improve its relations in the Far East and Southeast Asia, it can benefit from Japan's substantial experience in these regions. It seems that President Erdoğan is getting along very well with Prime Minister Abe. In this sense, we can create an extensive partnership from the top to the bottom in the Far East, Middle East or Africa," Akihiko further added.
Last Update: February 02, 2020 02:23