Peace talks between opposition, Assad regime kick off in Astana 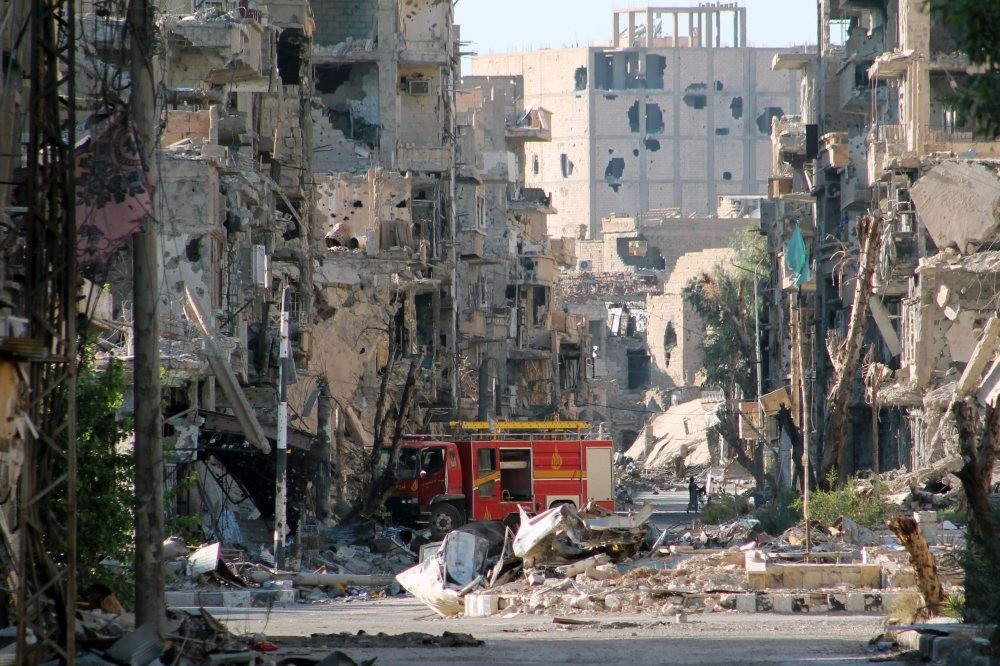 Syria's eastern town of Deir Ezzor. After the six years of the conflict that has been claimed more than 450,000 people's lives, the Syrian government and rebel groups have agreed with a nationwide cease-fire brokered by Turkey and Russia.
by Daily Sabah Jan 23, 2017 12:00 am

The Turkish-Russian brokered Astana peace talks between the Syrian opposition groups and the Assad regime kicks off today. The two sides, monitored by Turkey, Russia and Iran, will try to reach a political solution through dialogue and diplomacy

In addition to Turkey and Russia, Iran will be present during the negotiations as well. Despite having been invited to the talks by Turkey, the U.S. will not send a delegation to Astana. Instead, Washington will be represented by its Kazakhstan envoy.

Even though Turkey has constantly expressed frustration with former U.S. President Barack Obama for failing to keep its promises regarding Syria, Ankara repeatedly affirmed that it has no intention of sidelining the U.S. from the Syrian peace talks.

However, Iran has voiced opposition to the U.S. being invited. Ali Shamkhani, the secretary of Iran's Supreme National Security Council, which oversees the international coordination on the Syrian war, confirmed yesterday that Iran had refused to invite the U.S.

Russia and Iran have already clashed when their interests were at a crossroads. The two countries could not agree on the Turkish-Russian brokered Aleppo evacuation process. In addition, Russian and Iranian forces had differences of opinion regarding the nationwide cease-fire in Syria.

Turkey launched Operation Euphrates Shield, a cross-border operation in northern Syria, to clear the Daesh presence along its southern border after merging many opposition groups under the Free Syrian Army (FSA) flag. In cooperation with the Turkish military, the FSA has cleared more than 2,000 square-kilometers so far, knocking on the doors of the crucial town of al-Bab.

President Recep Tayyip Erdoğan, who spoke yesterday about the situation in the Middle East prior to his departure to Africa, said the region is in flames and that Ankara is watching U.S. President Trump closely.

Ankara seeks to be at the table regarding Syria's future and asserts its authority on the ground in northern Syria. In addition, Turkish authorities open new channels of dialogue with the Kremlin, Tehran and Washington to bring a peaceful environment to Syria.

The question still remains whether the Syrian opposition and the Assad regime will come to common terms in the Astana talks. It seems too early to jump to any conclusion on Jan. 23 regarding Syria's future.
RELATED TOPICS