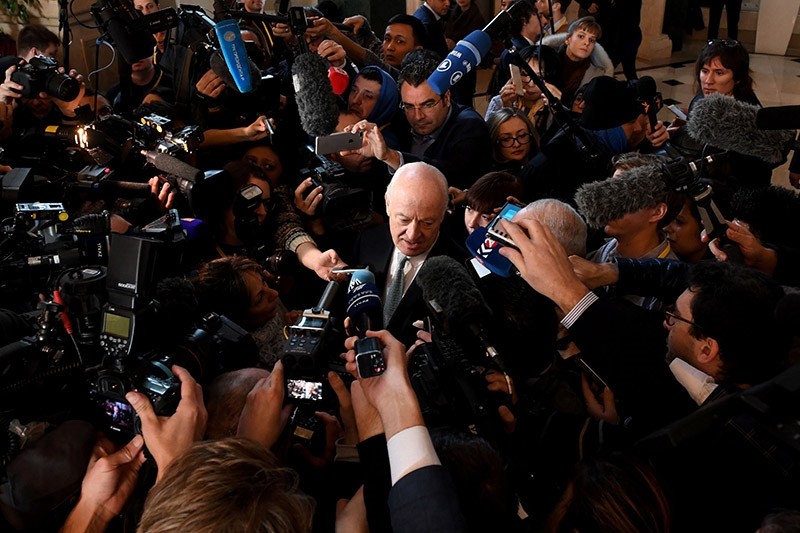 The UN envoy for Syria said Tuesday that a final declaration was close to being achieved at indirect talks between the Syrian opposition and Assad regime in the Kazakh capital Astana.

"We are not far from a final declaration," Staffan de Mistura said. "There are very intense discussions because this is not about a paper, this is about a cessation of hostilities which means Syrian lives."

Opposition spokesman Yehya al-Aridi said earlier Tuesday that the group would not sign a declaration coming out of the talks, saying it would be issued by its sponsors, opposition-backer Turkey, regime ally Russia and possibly Iran.

Aridi added that the final declaration was a "general statement" that is "not meant to be signed by the parties".

The opposition on Monday backed out of face-to-face negotiations with Assad regime over its continued bombardment and attacks on a flashpoint outside the capital Damascus.

The armed opposition has said that the Astana talks should aim to bolster a frail truce brokered by Moscow and Ankara last month but the regime has called for a political solution to the conflict and for the opposition to lay down their arms in exchange for an amnesty.

The first day of the talks yielded no apparent breakthrough.

More than 310,000 people have been killed and more than half of Syria's population displaced since the conflict erupted in 2011.