FETÖ schools in Ethiopia to be handed over to Turkish foundation 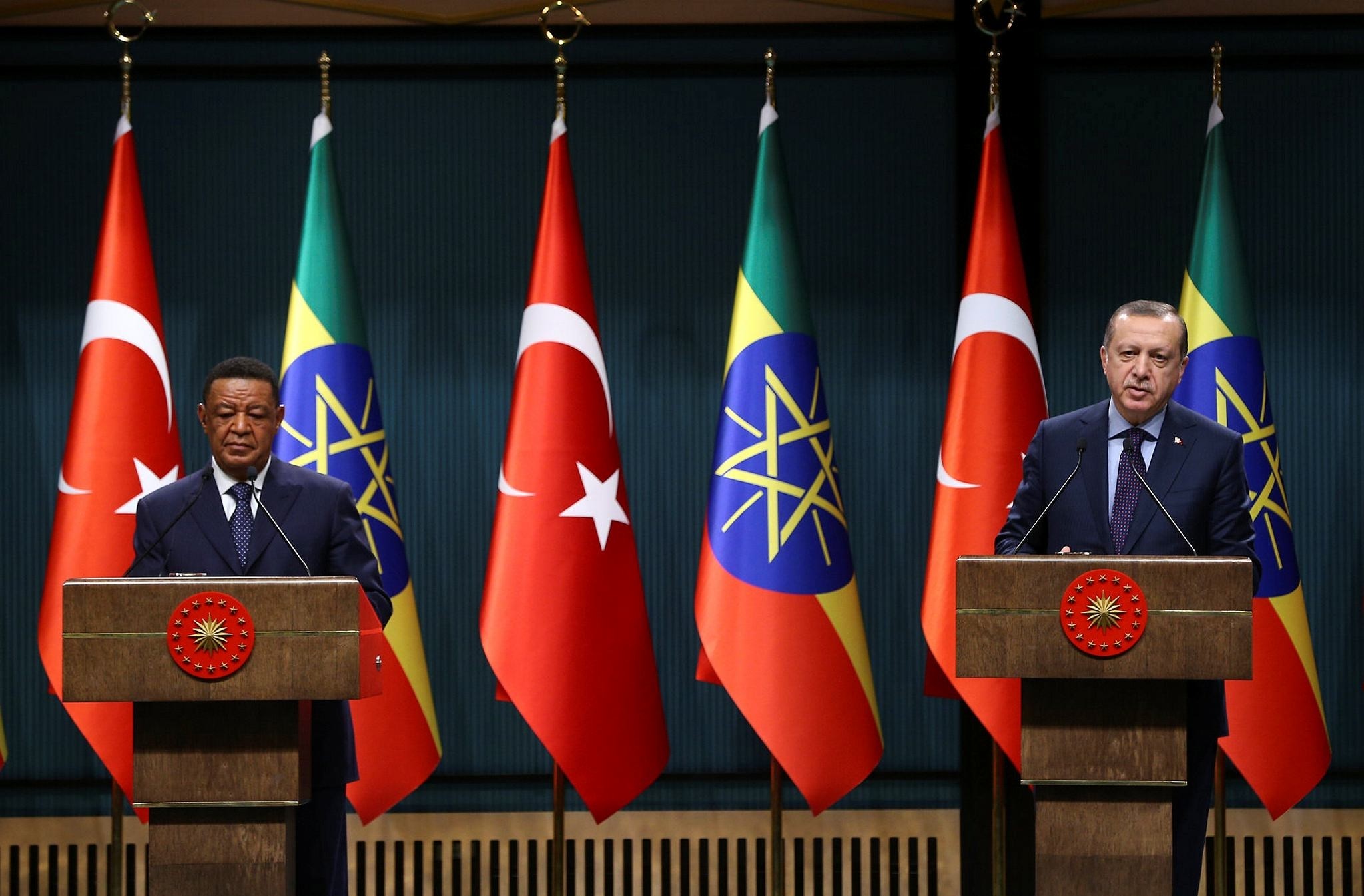 All schools linked to the Gülenist Terror Group (FETÖ) in Ethiopia will be handed over to a Turkish education foundation, Ethiopian President Mulatu Teshome Wirtu announced on Tuesday.

Speaking at a press conference following his meeting with President Recep Tayyip Erdoğan as part of a five-day official visit, Wirtu expressed his country's support for Turkey's fight against terror, condemning the July 15 failed coup attempt.

He said that all FETÖ-linked education institutions in Ethiopia will be transferred to Turkey's Maarif Education Foundation to support Turkey's counterterrorism fight.

Erdoğan also reiterated the importance of cooperation between the two countries, saying that Turkey and Ethiopia are determined to wipe out the "tumor" that is FETÖ.

"Ethiopia is our friend and one who has worked out the criminal face of FETÖ and the immense threat it poses to humanity," the president said in reference to FETÖ coup plotters Ankara holds responsible for the July 15 coup attempt last year that left 248 people dead and over 2,000 wounded.

"In this regard, we are taking steps within the alliance," he added.

The president also pointed out that Ethiopia was one of the first countries to express its support, showing its solidarity with Turkey after the coup attempt.

Turkey has asked several countries worldwide to shut down dozens of schools, colleges and businesses linked to the FETÖ network in the wake of the July 15 putschist attempt.

Turkish diplomats have so far met around 600 foreign ministers, 1,444 members of parliaments as well as nearly 6,190 senior officials around the globe, emphatically indicating the threat of the FETÖ structure and its vast network abroad, according to a Foreign Ministry source.

According to the Turkish government, FETÖ leader Fetullah Gülen - a resident of the U.S. state of Pennsylvania - is accused of being the mastermind behind the foiled July 15 coup attempt in 2016.​

Ankara has also said FETÖ is behind a long-running campaign to overthrow the Turkish state through the infiltration of Turkish institutions, particularly the military, police and judiciary. The terrorist group is also known for operating hundreds of school under the auspices of its network around the world.

So far, over 80 FETÖ organizations operating worldwide, including schools and training centers, have been shut down or transferred to the Turkish government.