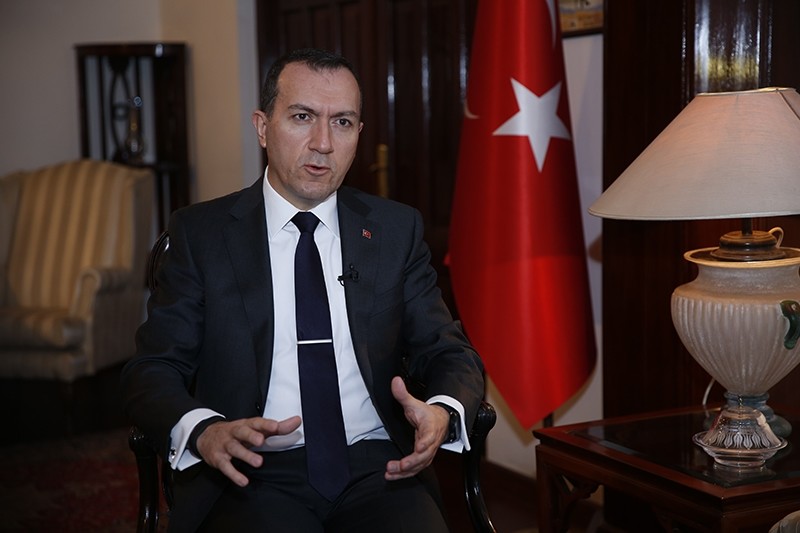 Turkey wants to see concrete steps taken by the central Iraqi government against the presence of the PKK terrorist organization in the Sinjar district, west of Mosul, the Turkish Ambassador to Baghdad Fatih Yıldız said.

Speaking to Anadolu Agency, Yıldız addressed Turkey's stance as a member of the coalition fighting against the Daesh group in the region.

"We want to see the same efforts deployed by the Baghdad government against the presence of the PKK, which has been nestled in the area for a long time. The PKK is exploiting some ethnic groups in the region," Yıldız said.

The ambassador said the Iraqi side was aware of the situation in the region, "but has not taken the steps we expect against the PKK presence in Sinjar so far."

"This is a process that will require the involvement of the Iraqi Kurdistan Regional Government [KRG] due to the location of Sinjar. We want Iraq, as a whole, to take concrete steps toward removing this threat from its own territory," Yıldız said.

The PKK, a recognized terror organization in Turkey, the U.S. and EU, has waged a terror campaign in southeastern Turkey since the 1980s and is now trying to gain ground in Sinjar amid an ongoing operation to clear Daesh from Mosul.

The group has also sought to establish a foothold in the region that falls to the northeastern mountainous outskirts of Nineveh province, since Daesh was driven out last year by peshmerga and local forces with the help of the U.S.-led coalition.

However, Turkey has expressed concerns about the PKK's presence there and said it would take precautionary measures, including deploying troops, to prevent the terror group from securing a base in the region.

Referring to the political and economic relationship between Turkey and Iraq, Yıldız said the two countries share a long-standing history.

"These relations, regardless of the current developments, could progress in certain lines, and the dialogue with the Iraqi side has never ended in any period of history," Yıldız said.

"The prime minister's visit to the Iraqi cities of Baghdad and Irbil [on Jan. 7 and 8] was a sign of the importance attached to the relations. The Iraqi side also has the same opinion," Yıldız added.

Yıldız also said Turkey wanted to be part of the reconstruction process of Mosul, which is currently the scene of a wide-ranging army offensive aimed at recapturing the city from the terrorist group Daesh.