Prime Minister Yıldırım to speak with US Vice President Pence 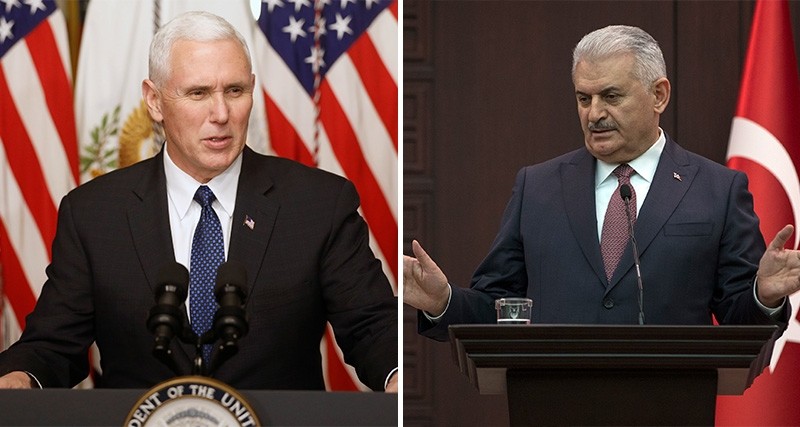 Prime Minister Binali Yıldırım will hold a phone conversation with the Vice President of the U.S. Mike Pence on Thursday, since CIA director Mike Pompeo is in Turkey for his first overseas visit, the Anadolu Agency reported.

According to a statement by the White House, the two officials are expected to speak at midday local time (17:00GMT).

Turkey's relations with the U.S. became strained under the Obama administration, with Ankara frequently expressing frustrations over the U.S.'s reluctance to extradite the leader of FETÖ, and Washington's support of the Syrian Democratic Forces (SDF), which is predominantly led by the PKK terror organization's Syrian offshoot, the PYD.