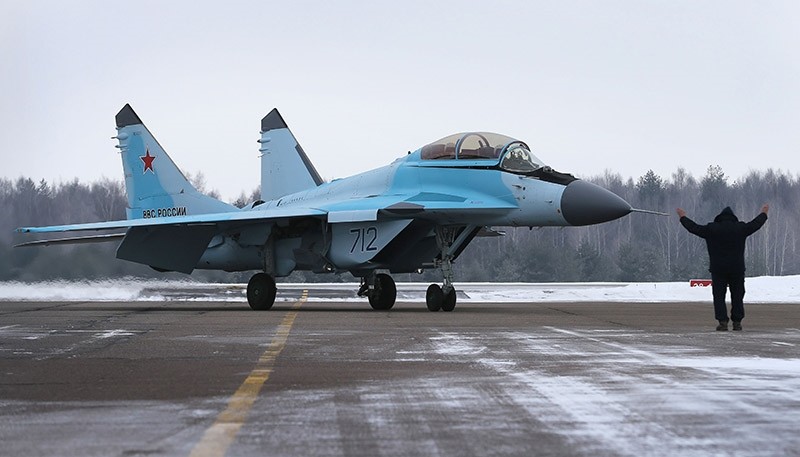 A man gestures next to a Russian multipurpose jet fighter MiG-35 on the tarmac during its presentation at the MiG plant in Lukhovitsy on January 27, 2017 (AFP Photo)
by Daily Sabah Feb 10, 2017 12:00 am

Kremlin Spokesman Dmitry Peskov claimed on Friday that Turkey provided the coordinates for the Russian airstrike which killed three Turkish soldiers and wounded 11 others in Syria's al-Bab.

"Turkish soldiers should not have been there" Peskov said, noting that there is no dispute regarding the cause of the incident.

Deputy Prime Minister Numan Kurtulmuş said that Turkey is investigating the 'unfortunate accident' and is trying to clarify the matter.

"According to initial information we received, it is a total accident but how it happened and how the coordination was miscalculated will be clarified. It seems that much closer coordination measures are needed in the fight there" he said.

The Kremlin said on Thursday that Russian jets intended to target Daesh and other terrorist positions in the area.

The Turkish General Staff released a statement on Thursday, saying that a Russian warplane mistakenly targeted a building where Turkish forces were located in Syria's al-Bab.

Both countries are carrying out investigations about the attack, reports said.