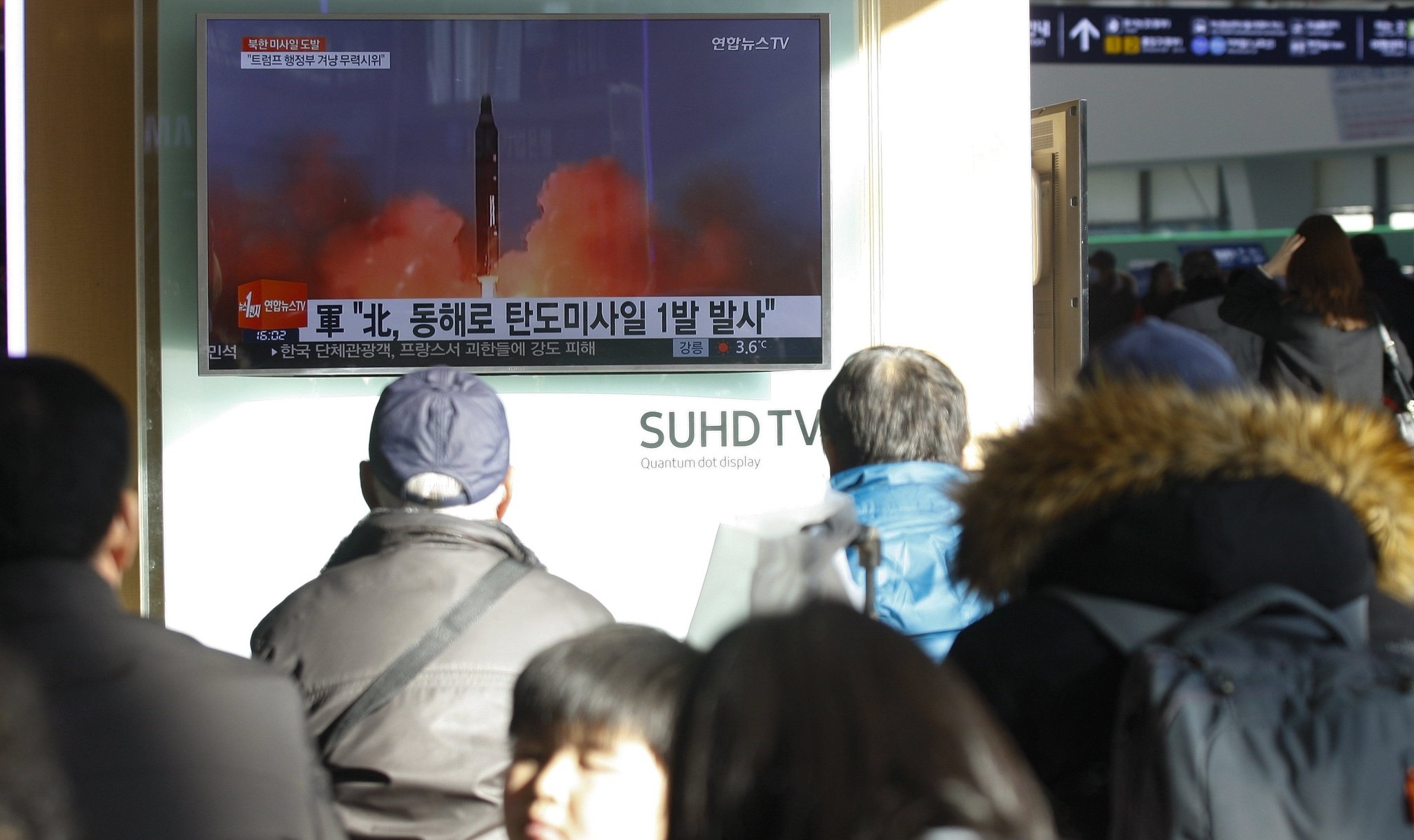 South Koreans watching a television news broadcast at a station in Seoul, South Korea. (EPA Photo)
by Daily Sabah Feb 12, 2017 12:00 am
Turkey condemned the firing of a ballistic missile into the sea early Sunday by North Korea, the Foreign Ministry said in a statement.

The statement said the missile launch was "yet another violation of North Korea's international obligations and that it was not going to help building peace and stability in the region."

It urged Pyongyang to comply with its obligations under the relevant UN Security Council Resolutions and cease ballistic missile and weapons of mass destruction related activities.

North Korea fired a ballistic missile into the sea off its east coast earlier on the same day, the South's military said, the first time the isolated state has tested such a device since the election of U.S. President Donald Trump.
Last Update: Feb 13, 2017 10:08 am
RELATED TOPICS