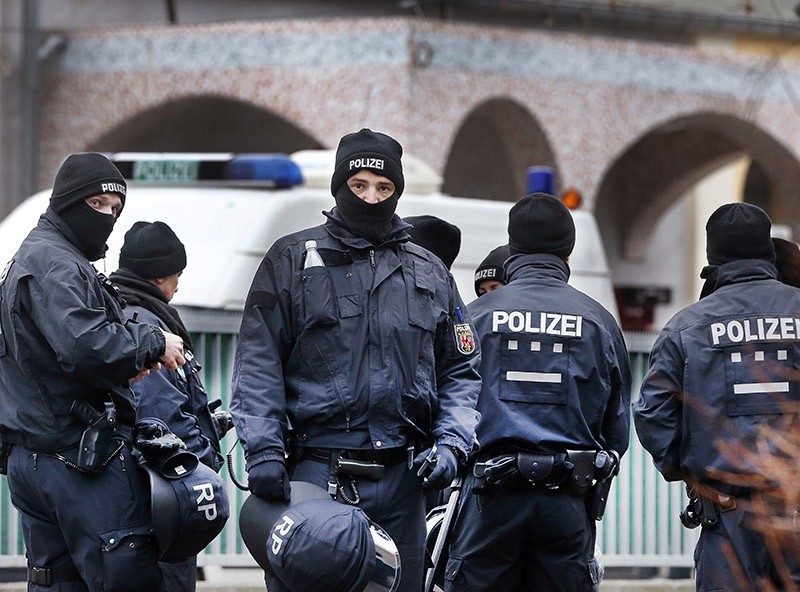 German police raided the homes of four Turkish-Islamic Union for Religious Affairs (DITIB) affiliated clerics on Wednesday on the grounds that they had conducted espionage on behalf of the Turkish government against followers of U.S.-based cleric Fetullah Gülen, accused by Ankara of organizing a failed coup last July through his Gülenist Terror Group (FETÖ) network.

Upon a warrant issued by the Federal Public Prosecutor's Office, German police conducted raids on the houses of four DITIB workers in the states of North Rhine-Westphalia and Rhineland-Palatinate.

The issue could further strain relations between the two NATO allies, which need each other to tackle issues ranging from terrorism to Europe's migrant crisis. The raids came after two German media outlets reported that the head of Turkey's National Intelligence Organization (MİT), Hakan Fidan, has been invited to visit Germany in the upcoming months, a meeting in which efforts against Daesh, the PKK, and FETÖ groups are expected to be discussed.

The Federal Public Prosecutor's Office (GBA) said in a statement that the imams had acted on an order issued on Sept. 20 last year by the Turkey-based Presidency of Religious Affairs (Diyanet - DİB).

German Justice Minister Heiko Maas said the four imams were members of Turkish-Islamic Union for Religious Affairs (DITIB), Germany's largest association of mosques which brings imams from Turkey to serve the community of some three million people with a Turkish background who live there.

"It is very clear that the influence of the Turkish state on DITIB is big. The association must plausibly disengage itself from Ankara," Maas said in a statement.

Diyanet had rejected the accusations of spying since the issue surfaced, noting that an order hasn't been send to DITIB as it is a separate organization. In a meeting with German journalists at Diyanet's office in Ankara on Jan. 20, Diyanet's head Mehmet Görmez said "The portrayal of the efforts we have carried out with the Germany branch of the DITIB to protect the people from the dangers of the organization called FETÖ [Gülenist Terror Group] as spying activities by Diyanet's officials is deeply upsetting."

Noting DITIB's importance to curbing extremism and, countering false religious teaching, Görmez said "I want our German friends to know our intense efforts with DITIB to prevent the spread of ideologies of Daesh and similar organizations among our children in Europe." He added that FETÖ has used and exploited religion in a similar way to these groups to cover its illegal activities, which culminated in the violent July 15 coup attempt.

Görmez stated that describing the reflexes of religious officials to protect Turkish nationals, Muslims and Turks in Germany and dual citizens of Turkey and Germany as spying sounds illogical. He said that Diyanet did not instruct DITIB and its imams to carry out monitoring activities on Gülenists, but it warned them about false religious teachings. Görmez added Diyanet and its affiliated personnel respect the privacy of individuals, but added that Diyanet would still carefully investigate the charges through its inspection mechanisms.

Turkish politicians strongly criticized the move. The ruling Justice and Development Party (AK Party) Istanbul deputy Metin Külünk said on his official Twitter account that Germany's aim is to put pressure on Turkish non-governmental organizations in Germany. He added that the German government wants the aforementioned NGOs to cut off their relations with Turkey.

Mustafa Yeneroğlu, the chairman of parliament's Human Rights Investigation Committee and an AK Party deputy, said that the action is "politically-motivated."

Last month the GBA launched an investigation into Turkish intelligence operations on German soil after a lawmaker filed a criminal complaint. Austria is also investigating whether Turkey has been operating an informer network targeting Gülen followers on its soil, via its embassy in Vienna.

The GBA said that Wednesday's searches were aimed at finding more evidence to link the suspects to espionage activities.

"The suspects are suspected of having collected information about members of the so-called Gülen movement and passed it on to the general consulate in Cologne," the GBA said.

DITIB's activities increasingly came under media spotlight in Germany as the two countries have been involved in a diplomatic spat over various issues since mid-2015.

After the collapse of the reconciliation period in July 2015 and the PKK's resumption of its 40-year-long armed insurgency against the Turkish state, Ankara has accused Berlin of harboring militants and sympathizers from the PKK and far-left Revolutionary People's Liberation Party-Front (DHKP-C) terrorist groups who are carrying out armed attacks and suicide bombings in Turkey. Turkish officials also state that the PKK's fundraising, recruitment and propaganda activities have largely been ignored by German authorities, which reject these claims.

German parliament voted in June 2016 to declare the 1915 massacre of Armenians by Ottoman forces a genocide, prompting another area of crisis among the two countries.

Following the July 15 coup attempt, which killed 248 people and injured 2,200 others, Turkey has accused Germany of harboring high-rank FETÖ members who were involved in the coup attempt or other illegal activities of the group. FETÖ has a significant follower base and commercial presence in Germany, which has criticized a security clampdown by Turkish authorities since the coup attempt.

In addition, former German President Joachim Gauck's invitation to Can Dündar in November 2016, a fugitive journalist convicted of espionage, drew ire in Turkey. Dündar was welcomed by Gauck in the Bellevue Palace.