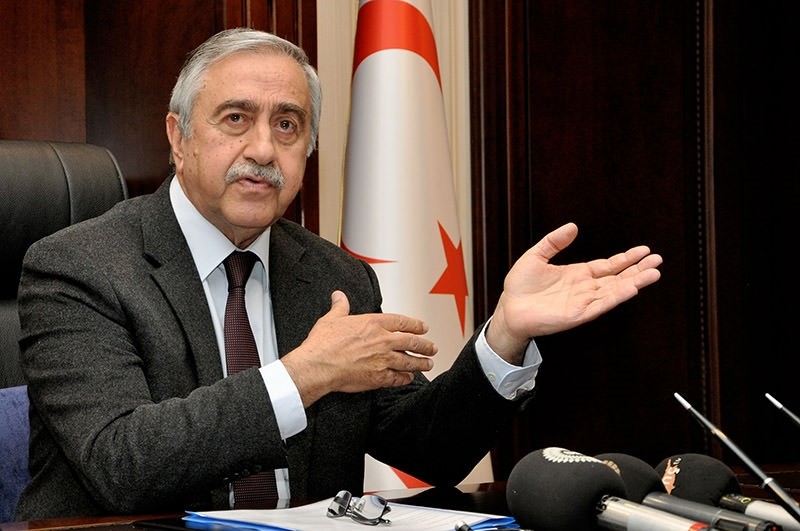 The latest round of U.N.-backed peace talks between the leaders of the Turkish Republic of Northern Cyprus and the Greek Cypriot administration broke up in acrimony on Thursday over the commemoration of a controversial 1950 referendum called 'Enosis' in schools, the Turkish Cypriot president said.

Mustafa Akıncı said when the issue came up of cancelling the decision to mark the referendum on the annexation of Cyprus by Greece, Cyprus President Nicos Anastasiades said there "was nothing else to say, slammed the door and left."

Akıncı noted that Anastasiades left as the special U.N. envoy for Cyprus Espen Barth Eide was making a speech regarding the issue.

"At that point there was nothing more to do as this meeting needs to be conducted in an atmosphere of respect so we also left the meeting and came here," he added.

He also said that they will not tolerate Anastasiades' disrespectful action.

The eastern Mediterranean island was divided into a Turkish Cypriot state in the north and a Greek Cypriot administration in the south after a 1974 military coup by Greece was followed by the intervention of Turkey as a guarantor power.

The issue of the reunification of Cyprus remains unsolved despite a series of discussions which resumed in May 2015.