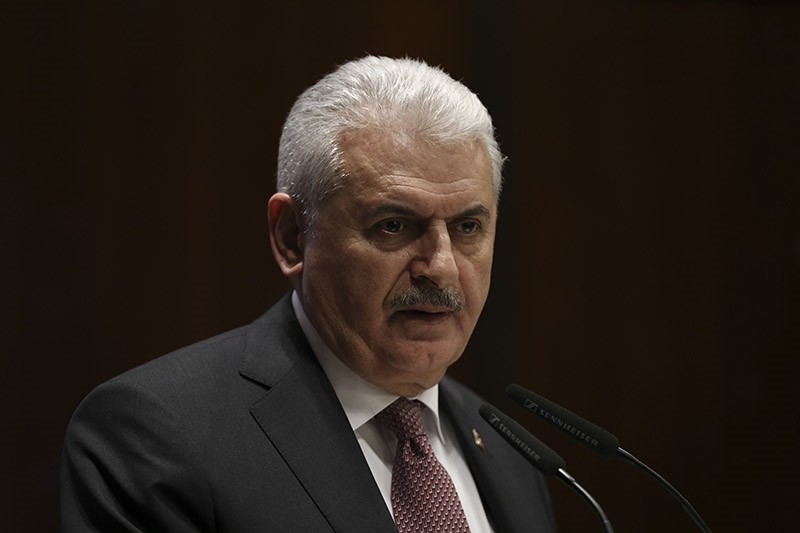 Turkey and the U.S. have opened a new page in relations, Prime Minister Binali Yıldırım said following a meeting with U.S. Vice President Mike Pence, on the sidelines of a security summit in Munich, sources said on Monday.

Speaking on the last day of the 53rd International Munich Security Conference on Saturday, Yıldırım expressed optimism about the Trump administration taking Turkey's sensitivities into consideration, saying that the two countries are likely to cooperate with each other in the offensive to liberate Raqqa from Daesh terrorists.

He noted that Turkey's fight in Raqqa will use the same techniques as al-Bab, where the Free Syrian Army (FSA) forces will participate to defeat Daesh.

Yıldırım reportedly told Pence that it is not ethical to fight a terrorist organization with another terrorist group, in reference to the U.S. support for PKK's Syrian affiliate Democratic Union Party (PYD) and People's Protection Units (YPG) in the fight against Daesh.

"This job needs to be done in a way that befits strategic partnership and a NATO ally" Yıldırım said, adding that he thinks the U.S. will take into consideration Turkey's sensitivity in this regard.

Pence also noted that the new U.S. government wished for a fresh start in bilateral relations with Turkey, underlining that the new administration was ready to further improve intense dialogue in all areas including the fight against terrorism and regional issues.

Relations between Turkey and the U.S. hit rock-bottom during the Obama administration due to a number of reasons. The U.S. has been reluctant to arrest and extradite Gülenist Terror Group (FETÖ) leader Fetullah Gülen, despite an extradition treaty signed between the two countries. Tensions rose amid Obama administration's support for YPG terrorists, under the guise of fighting Daesh in northern Syria.

Turkish officials anticipate that President Donald Trump will not repeat the mistakes made by the Obama administration regarding U.S.-Turkey relations, and expect Washington to extradite Gülen and stop cooperation with the PKK terrorist organization's Syrian offshoot PYD-YPG.