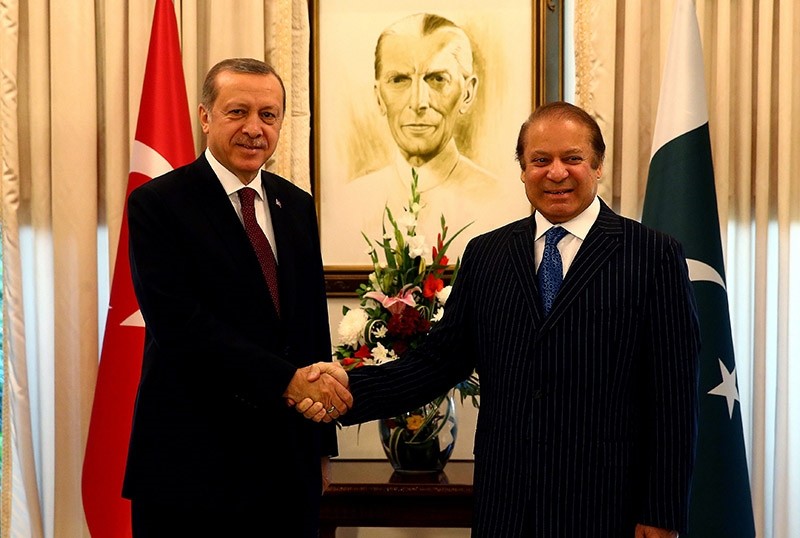 Pakistan's Prime Minister Muhammad Nawaz Sharif will be visiting Turkey Wednesday through Friday to attend the fifth session of Pakistan-Turkey High Level Strategic Cooperation Council, according to a statement by Pakistan's ministry of foreign affairs.

Sharif will co-chair the Fifth HLSCC meeting to be held Thursday in the capital Ankara along with Turkish Prime Minister Binali Yıldırım, the statement said, adding the Pakistani prime minister would also meet President Recep Tayyip Erdoğan and visit the Turkish Parliament to reaffirm "Pakistan's unequivocal support and solidarity of the government and people of Pakistan against the failed coup attempt in Turkey on 15 July 2016".

A joint declaration will be issued at the end of the meeting, the statement said. A number of agreements and memoranda of understanding are also expected to be signed on the occasion.

This year also marks the 70th year of diplomatic relations between the two countries.

"The Prime Minister's visit to Turkey and the convening of the Fifth Session of HLSCC would further strengthen the time-tested, unparalleled and historic ties between the two brotherly countries and would provide a strong impetus to their flourishing cooperation in diverse fields," the statement said.

Established in 2009, the HLSCC constitutes a framework for consultation and cooperation at the highest political level between Turkey and Pakistan, with six joint working groups focusing on a wide range of areas including trade, energy, banking, finance, communications, railways, education, culture and tourism.

Turkey and Pakistan have so far signed more than 50 agreements or memoranda of understanding within the HLSCC framework.