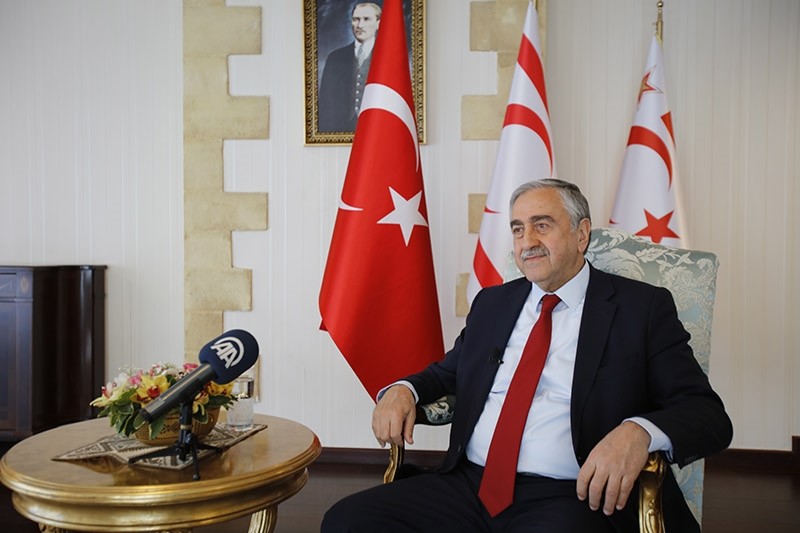 According to the spokesperson, Akıncı reached the decision after Greek Cypriots' refusal to give up on the "Enosis" decision.

The Greek Cypriot Parliament recently decided to introduce "Enosis (Union) Day" celebrations in schools to mark the 1950 referendum on union with Greece in which Greek Cypriots voted overwhelmingly for Greece to annex the island, straining ties amid ongoing talks with Turkish Cypriots for the reunification of the island.

This issue was brought up in the last leaders' meeting on Feb. 16, Thursday, leading to an angry reaction from Anastasiades, who slammed the door and left the room for smoking. Upon Anastasiades's action, Akıncı left the talks and stated that he would not tolerate Greek Cypriot leader's "disrespectful" action. The Cyprus Presidency rejected in a statement saying that Anastasiades did not leave the room, but went out for a break.

For Turkish Cypriots, the term "enosis" is a reminiscent of a period in which they were victimized by Greek Cypriot paramilitary groups seeking union with Greece.

Meanwhile, Turkey's Presidential spokesperson Ibrahim Kalın, in a speech on Wednesday, mentioned the Cyprus negotiations and said that he hoped the Greek Cypriots would give up their decision regarding the "Enosis" day commemorations.

"There is no doubt that the negotiations would be affected quite negatively by this decision especially, at this critical stage of the process. The ones who should take a step are the Greek Cypriots," he said.

The issue of the reunification of Cyprus remains unsolved despite a series of discussions which resumed in May 2015. The main goal is to find a political solution, with the sides seeking to reunify the island under a federal system after more than 40 years of division.

An U.N.-brokered peace deal was approved by Turkish Cypriots in 2004 but was rejected by Greek Cypriot voters.