Retaliation to Turkish minister's deportation will be in the harshest way, PM Yıldırım says 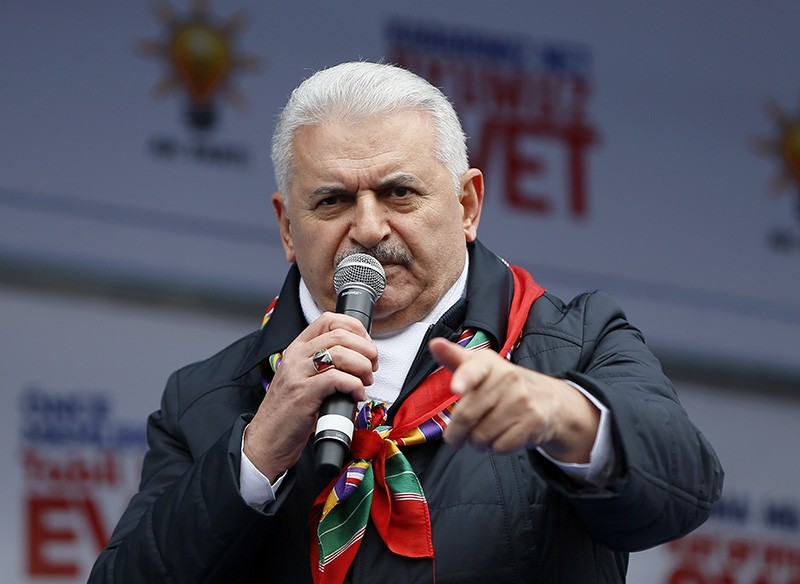 Prime Minister Binali Yıldırım said early Sunday that Netherlands' deportation of Turkey's Minister of Family and Social Affairs, Fatma Betül Sayan Kaya, is unacceptable and will be responded to in the harshest way.

The Prime Minister said that the decision to oust the Minister Kaya demonstrates that the Netherlands has problems in domestic politics due to the upcoming election which is to be held in two days.

"Whatever the reason for this [decision] is, it is unacceptable and will be responded in kind," he said.

Yıldırım said the Netherlands violated protocols with the decision, and urged the Turkish nationals living in the country, who went to the streets in masses to protest the scandal, to remain calm and to return to their homes.