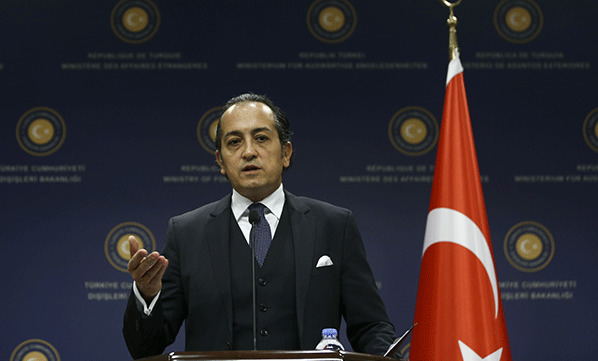 The statement, which was released as an answer to a question addressed to Foreign Ministry spokesperson Huseyin Müftüoğlu, said it "criticizes" the request of Kirkuk governorate, which is located in north of Iraq.

"The constitution in Iraq determined the process about disputed local administrative borders," the statement said. "Before putting this process into implementation, taking one-sided decisions on Kirkuk's status may harm the efforts of stability and building consensus in Iraq."

The ministry, with the statement, also warned that "these types of initiatives carry the risk of eroding multi-cultural identity of Kirkuk."

On Thursday, Kirkuk Governorate requested from the Kirkuk Provincial Council to use KRG flag along with Iraq's flag in governmental institutions, also decided to use Kurdish language in official letters alongside with Arabic.