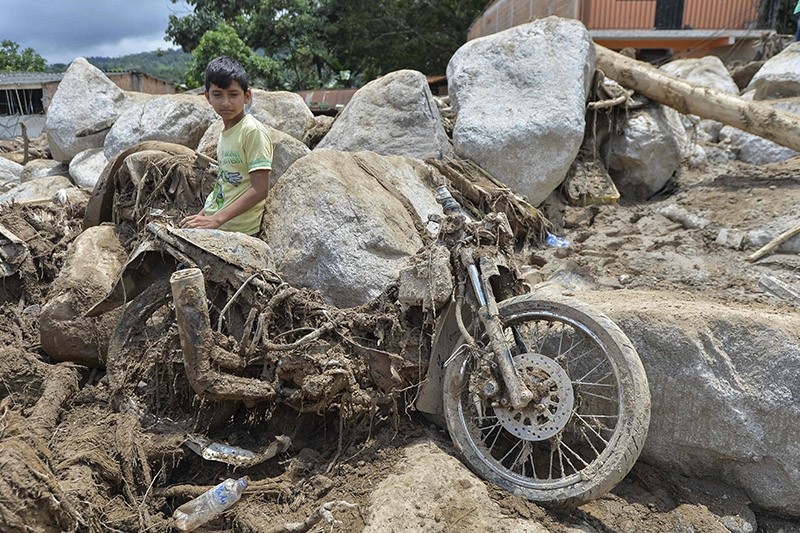 President Recep Tayyip Erdoğan reiterated on Monday that Turkey is ready to support Colombia after flooding and mudslides killed over 250 people and affected thousands of others.

"I want to express that we wholeheartedly share the pain of the Colombian state and people, and we are ready to give all kinds of support to heal the wounds of this disaster," Erdoğan said in a statement sent to his Colombian counterpart Juan Manuel Santos.

Erdoğan also offered his condolences to the families and relatives of those killed, while wishing those injured a quick recovery.

At least 254 people died in the disaster in southern Colombia, the country's military said on Sunday.

The disaster also affected more than 500 families in the area and leveled dozens of homes, according to the Colombian Red Cross.

Colombian officials pledged aid to rebuild homes, and the attorney general launched an investigation into whether local and national authorities responded adequately to the disaster. Santos also said they would launch a health and vaccination campaign in the city to prevent an outbreak of disease.