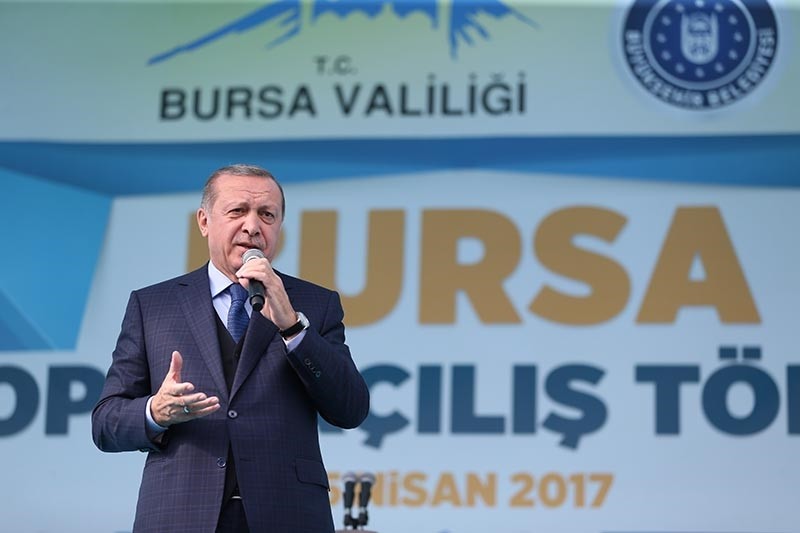 President Recep Tayyip Erdoğan strongly criticized the Assad regime on Wednesday for a chemical weapons attack in Syria's Idlib, which killed some 100 civilians. Erdoğan also slammed the international community for remaining silent in the face of the atrocity.


"The world is keeping silent in the face of these [attacks], how will you be able to give an account for these?" he added, noting that 100 civilians, including over 50 children have been killed by the ruthless attack.


The president highlighted that Turkey will continue to do whatever it can to provide assistance to those who were injured by the attack.

Erdoğan also spoke on the weakening "artificial wealth level" in the European Union.

"The European Union, which has an average age of 43, has a hard time finding jobs for its young people. So Europe no longer has a prospect of employment. However, those who threaten us with the economy, visas, and trade should look towards themselves first," Erdoğan said, alluding to the European Union's unfulfilled promise to grant Turkish citizens visa-free travel in the Schengen zone.

Erdoğan also said that Turkey will not be brought down to its knees by terror attacks, warning terrorists that "A very hot summer is awaiting them."

More than 100 civilians were killed Tuesday and 500 others, mostly children, were injured by a chlorine gas attack carried out by regime warplanes in the town of Khan Sheikoun, according to Syrian opposition Health Minister Firas Jundi.