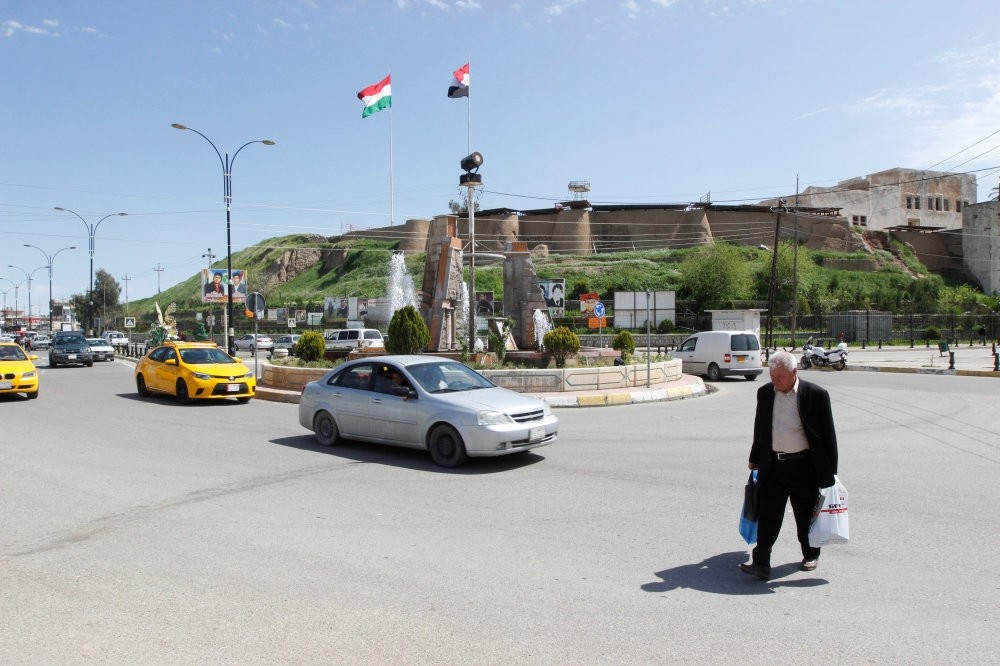 Iraqi Turkmen Front Leader Ershad Salihi said yesterday that KRG Prime Minister Barzani's remarks on the Kirkuk flag issue are diplomatic efforts to lessen Turkey's reaction, and they will not diminish the aim of annexing the city

Iraqi-Turkmen Front leader Ershad Salihi said that Iraq's Kurdish Regional Government (KRG) Prime Minister Nechervan Barzani's statement, "No party has the 'sole right' to decide the future of the city of Kirkuk," appears to indicate a diplomatic effort to ease Turkey's reaction. However, Salihi cautioned that this statement could just be a smoke screen and does not necessarily indicate that the KRG is giving up their intentions to annex Kirkuk.

Speaking in the KRG's administrative capital Irbil on Wednesday, Barzani stressed that Kirkuk was "home to more than just Kurds," adding: "It's also home to Arabs and Turkmens. No single party has the sole right to decide the city's future."Regarding the ongoing row over the recent appearance of the Kurdish regional flags in Kirkuk, Barzani cited Turkish President Recep Tayyip Erdoğan's recent remarks on the issue. "Like President Erdoğan, we believe Kirkuk isn't exclusively a Kurdish city," Barzani asserted, stressing that, "It is also home to Arabs, Turkmen and other elements." He added, "Kirkuk will remain the property of all the ethnicities that live there now and have always lived there."

Speaking to Daily Sabah, Member of the Iraqi Parliament and leader of the Iraqi-Turkmen Front, Ershad Salihi, underlined that Barzani's statement does not mean that the KRG administration will abandon their efforts to annex Kirkuk, noting: ''With this statement, Barzani is not giving up on [the KRG's] intentions. They are still claiming that Kirkuk is part of the Kurdistan region. He is just trying to calm Turkey. This is a cheap diplomatic move and Turkey should not buy it,'' he said.

Iraqi-Turkmen leader Salihi also said the KRG's move may also have a poisoning effect on Turkish-KRG relations. ''Nechervan Barzani's Kurdistan Democratic Party (KDP) has fallen into a big trap that will poison its relations with Turkey, a country that has always been supportive of the KRG and their valuable advocate in times of need. However, I doubt that the Turkish-KRG relations will remain the same unless they give up their intention for the illegal annexation of Kirkuk,'' he added.

No party has the "sole right" to decide the future of the city of Kirkuk, Nechervan Barzani, the prime minister of northern Iraq's Kurdish Regional Government (KRG), said on Wednesday.

Previously, President Erdoğan urged the Kurds in Iraq's Kirkuk to take down the flag of the Kurdistan Regional Government (KRG), warning that the flag might disrupt their relations with Turkey. "Kirkuk belongs to everyone, including Turks, Arabs and Kurds. So do not make definitive claims saying "it is ours." There will be consequences for this. It could ruin relations with Turkey. Do not spoil these good relations," he said on Tuesday.

Barzani said the recent flag row has been exaggerated by certain parties for political reasons." The flag issue is being exaggerated. When Daesh captured Mosul in 2014, [Kurdish] peshmerga forces defended the city under the Kurdish regional flag," he said.

According to the unilateral decision by the Kirkuk Provincial Council, the status of the city and the surrounding area, classified as a disputed area in Article 140 of the Iraqi Constitution, will be determined by a referendum that will ask whether the central government or the KRG should rule the province. There are 26 Kurdish members in the KPC, with nine Turkmen and six Arab members.

The Iraqi Parliament decided on Saturday to reject the decision to hoist the flag of the KRG alongside the Iraqi flag on government buildings. The Council of Representatives also ruled to suspend the sale of oil extracted from Kirkuk, noting that the income from Kirkuk's oil belongs to all Iraqis, as cited in Article 11 of the Iraqi Constitution, adding that it should be distributed equally among the KRG and other Iraqi provinces.

Speaking on the issue, Iraqi Prime Minister Haider al-Abadi declared that political differences should be resolved and national unity maintained within a "constitutional framework."

Kirkuk Governor Najmiddin Karim, for his part, has refused to apply Parliament's directive to remove the flags.

During the U.S.-led invasion of Iraq in 2003, Kurdish peshmerga forces seized Kirkuk, prompting an influx of Kurds into the ethnically diverse city.

While Baghdad says Kirkuk is administratively dependent on Iraq's central government, the Patriotic Union of Kurdistan — an influential political party in the region — wants to see the city incorporated into the semi-autonomous Kurdish region.

Although the countryside of Kirkuk is predominantly inhabited by Kurds, the city itself is predominantly inhabited by Arabs and Iraqi Turkmens. The region was subject to an Arabization policy during the Baath Party rule, but after 2003, this policy was reversed in favor of the Kurds, prompting protests by the local Arab and Turkmen population and raising concerns in Ankara. During the Daesh terrorist group's advance in northwestern Iraq in June 2014, KRG forces assumed control of the city.
RELATED TOPICS