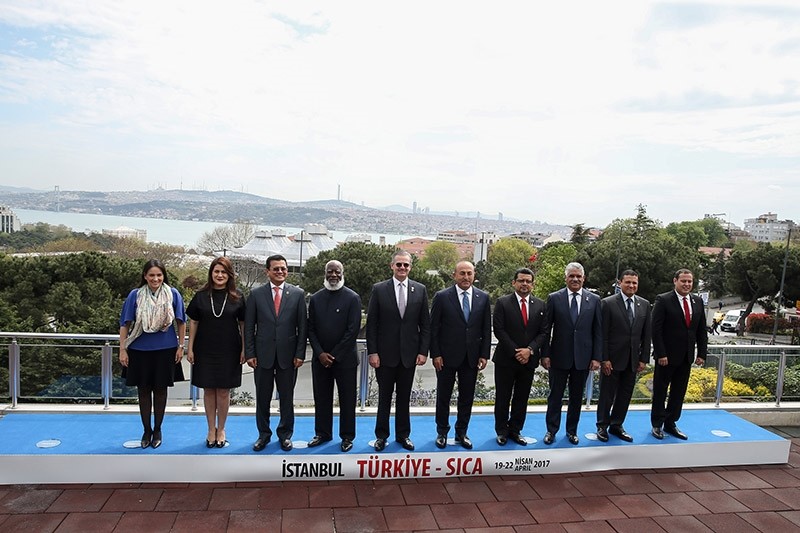 Turkey promised to cement ties with Central America on Thursday at an Istanbul meeting of foreign ministers from the region.

Foreign Minister Mevlüt Çavuşoğlu said Ankara would seek stronger cooperation with members of the Central American Integration System (SICA) through "all the means of our foreign policy."

He also announced a $500,000 contribution to the group and pledged to boost trade, which stood at around $326 million last year, between Turkey and SICA's eight member states.

In recent years, Turkey has sought to explore new overseas markets and this has been marked by President Recep Tayyip Erdoğan's visits to Africa and Latin America. In January last year, he led a large business delegation to Chile, Peru and Ecuador.

Werner Isaac Vargas Torres, SICA executive director, stressed the importance of Turkey's links to member states. "We need to have important political dialogue and cooperation among us," Torres told the summit.

Turkey is one of dozens of SICA observer states and Torres praised its contribution, especially in fighting the Zika virus.

The group was established in 1991 to promote regional peace, democracy and economic development.