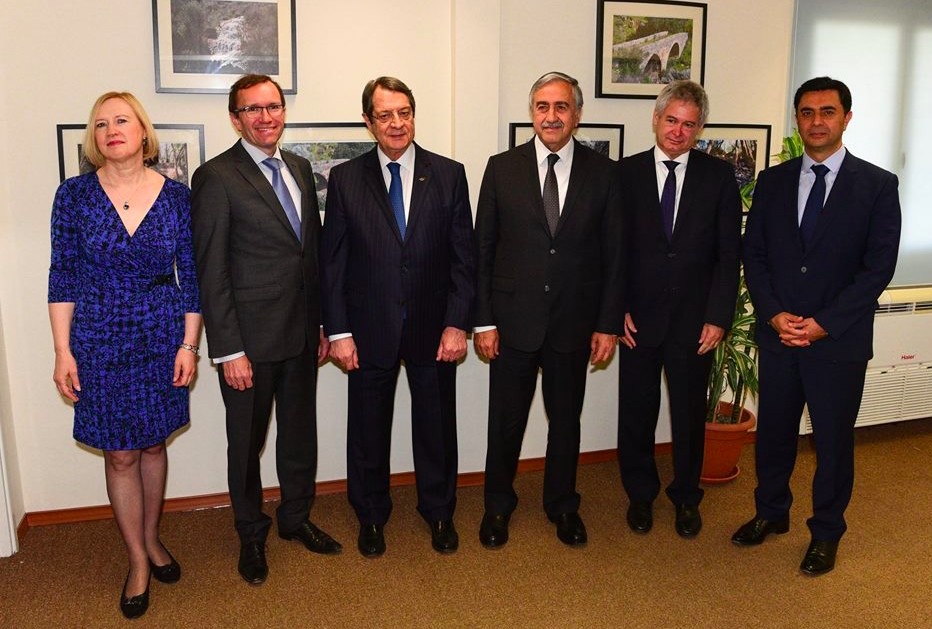 "Talking about the same issues should be over now. The U.N. should be more helpful towards bringing out a general framework," Akıncı told journalists after a meeting with Greek Cypriot leader Nikos Anastasiades in the island's buffer zone.

The leaders met several times in Geneva last year, but their last meeting in February was embroiled in controversy over the Greek Cypriot assembly's decision to introduce a school commemoration of the 1950 Enosis referendum on unification with Greece.

Akıncı said Anastasiades walked out, "slammed the door and left," when UN Envoy Espen Barth Eide and Akıncı expressed their concerns over the Enosis issue. Anastasiades later insisted he left the room for a break.

Following mediation, the U.N. announced the resumption of talks earlier this month.

The eastern Mediterranean island has been divided since 1974 when a Greek coup was followed by violence against the island's Turkish population, and Ankara intervened to protect them.

Before the two-month hiatus, the two sides had come to an agreement on most of the issues in the reunification deal but the sticking points, including a security and guarantees system, remain unresolved.

Turkey insists that 30,000 Turkish troops must remain on the island as part of Ankara's role as a guarantor power.