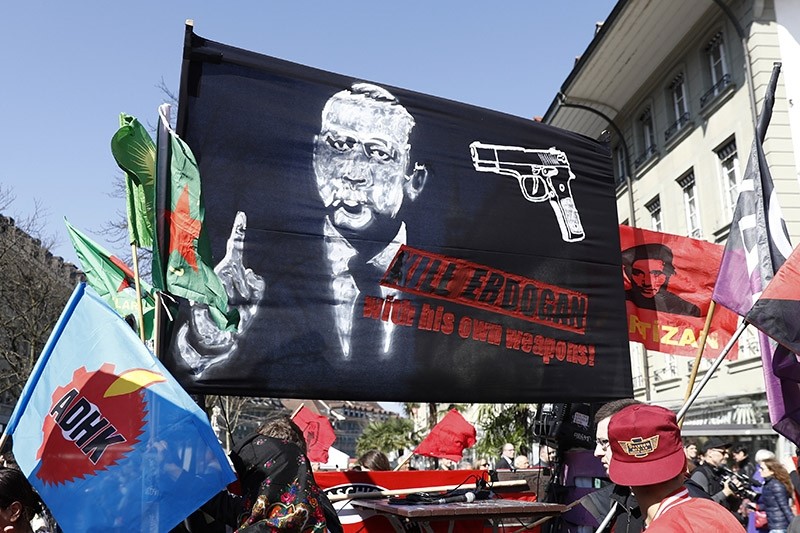 Turkey has denounced the decision of Swiss authorities to not charge protesters who held a large banner calling for President Recep Tayyip Erdoğan's death, featuring a gun pointed towards his head during a demonstration in Switzerland in March.

Speaking at a press conference in the capital Ankara on Tuesday, Foreign Ministry spokesman Hüseyin Müftüoğlu said: "We regret to say that we are astonished by the decision…"

"It is obvious that this decision will promote similar crimes in Switzerland and will encourage offenders."

He also asked Swiss authorities to take measures to prevent the reoccurrence of such "unacceptable acts."

In March, a rally backing the No campaign in Turkey's April 16 constitutional referendum was held in front of the federal parliament building in Swiss city of Bern. A large "Kill Erdogan" banner showed the Turkish president with a gun pointed at his head at the rally.

The rally, which saw support from the Social Democratic Party of Switzerland and the Swiss Green Party, was attended by several sympathizers of far-left terrorist group DHKP-C, and the YPG, the armed wing of PYD, which is the Syrian offshoot of the PKK terror group.