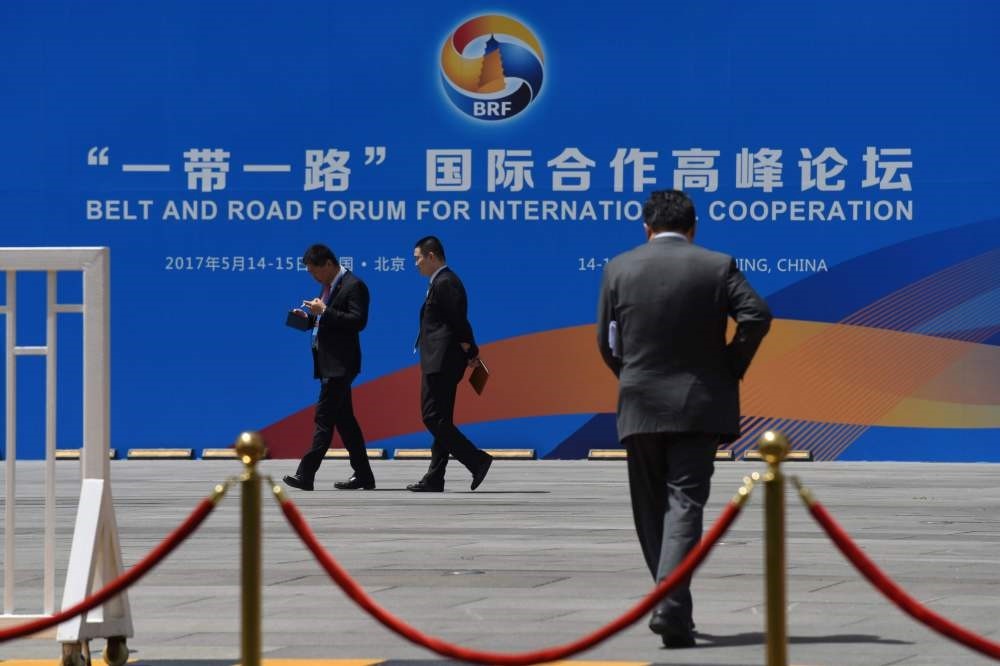 President Erdoğan will meet with Chinese counterpart Xi Jinping during the One Belt One Road (OBOR) international summit between May 14-15. Experts from both countries have emphasized boosting bilateral relations between the countries in recent years and drew attention to the potential strategic partnership

President Recep Tayyip Erdoğan is among the world leaders who will participate in the One Belt One Road (OBOR) international summit set to take place in the Chinese capital of Beijing, May 14-15. Apart from multi-party meetings, President Erdoğan will also meet with his Chinese counterpart, Xi Jinping, during the summit, the fourth time the two leaders have met in the last two years. Commenting about the significance of his visit, President Erdoğan said his meetings with his Chinese counterpart will deal with areas of further cooperation. "We have been focusing on infrastructure, as well as superstructure projects. If we can come to an agreement with our counterparts in China, we can further expand our cooperation," Erdoğan said on Friday ahead of his flight to Beijing at Ankara's Esenboğa airport. "I think it is going to have an impact, not only on the relations between Turkey and China, but also on a global scale," Erdoğan added.

Turkey lies on the middle corridor of the OBOR, making economic issues, such as the Edirne-Kars high-speed railway project and easing visa conditions between the two countries the main agenda topics during the summit. Indeed, economic issues are the strong side of the Sino-Turkish bilateral relations, especially since the last decade's total trade volume has risen to almost $26 billion in 2016 from $1 billion in 2001, demonstrating the economic potential between the two countries. Diplomatic relations, on the other hand, have fluctuated over the last few decades, ending with the two countries signing a "strategic partnership" agreement in 2010. Since then, the two countries have been looking for opportunities to expand their economic-oriented mutual cooperation. Experts believe that the OBOR summit might be an opportunity to move Sino-Turkish relations to a new level. "China gives great importance to Turkey's participation in the OBOR, since Turkey is an emerging power with its regional and global dynamism, especially over the last decade," said Kadir Temiz, an academic from the Bosphorus University Asian Studies Research Center. "According to the Chinese, Turkey could be a strong partner in the project due to its political, economic and cultural sphere of influence in its immediate regions, such as the Middle East, Central Asia, the Balkans and Europe. For example, although there are great political and economic risks surrounding its neighbors, Turkey still is the most stable and dynamic power in the region in the eyes of Chinese," Temiz added. Chinese journalist Jiankun Tang, the China Radio International's Turkey director, shares similar sentiments. "The visit of the Turkish President to China is expected to strengthen the political dialogue between the two countries," he said, while underlining that the developing strategic cooperation with China will be beneficial for Turkey in building infrastructure facilities and making use of the economic collaboration. "Increasing the political confidence is useful to offset the current trade imbalance in the two countries and to attract investment from China," Tang added.

Even though boosting economic relations and increased political dialogue are expected outcomes of the OBOR summit, the two countries need to expand their areas of cooperation to reach their potential of a strategic partnership. Academic Kadir Temiz said the OBOR will probably accelerate the current level of relations, while adding that it will not only bring great economic benefits but also improve social and cultural relations among partner countries. However, Temiz drew attention to the fact that the "lack of knowledge" between the two countries remains one of the most important challenges. "Thus, both countries should carefully work to establish new diplomatic mechanisms to alleviate current problems. Not only economic but also social and cultural awareness heightened to prevent negative attitudes in bilateral relations," Temiz explained.

Prominent Chinese journalist Jiankun Tang, on the other hand, stressed that tourism, cultural promotions and collaboration between Turkish and Chinese media outlets might be used as a tool to overcome problems that may be caused by the lack of knowledge between the two countries. "Tourism and cultural programs should be strengthened to improve mutual understanding and confidence between our countries," Tang said. "Collaboration between Turkish and Chinese media outlets should be strengthened. For example, TV series, movies and documentaries could be jointly made. Various art groups should be encouraged to perform in each other's countries," he concluded.
RELATED TOPICS