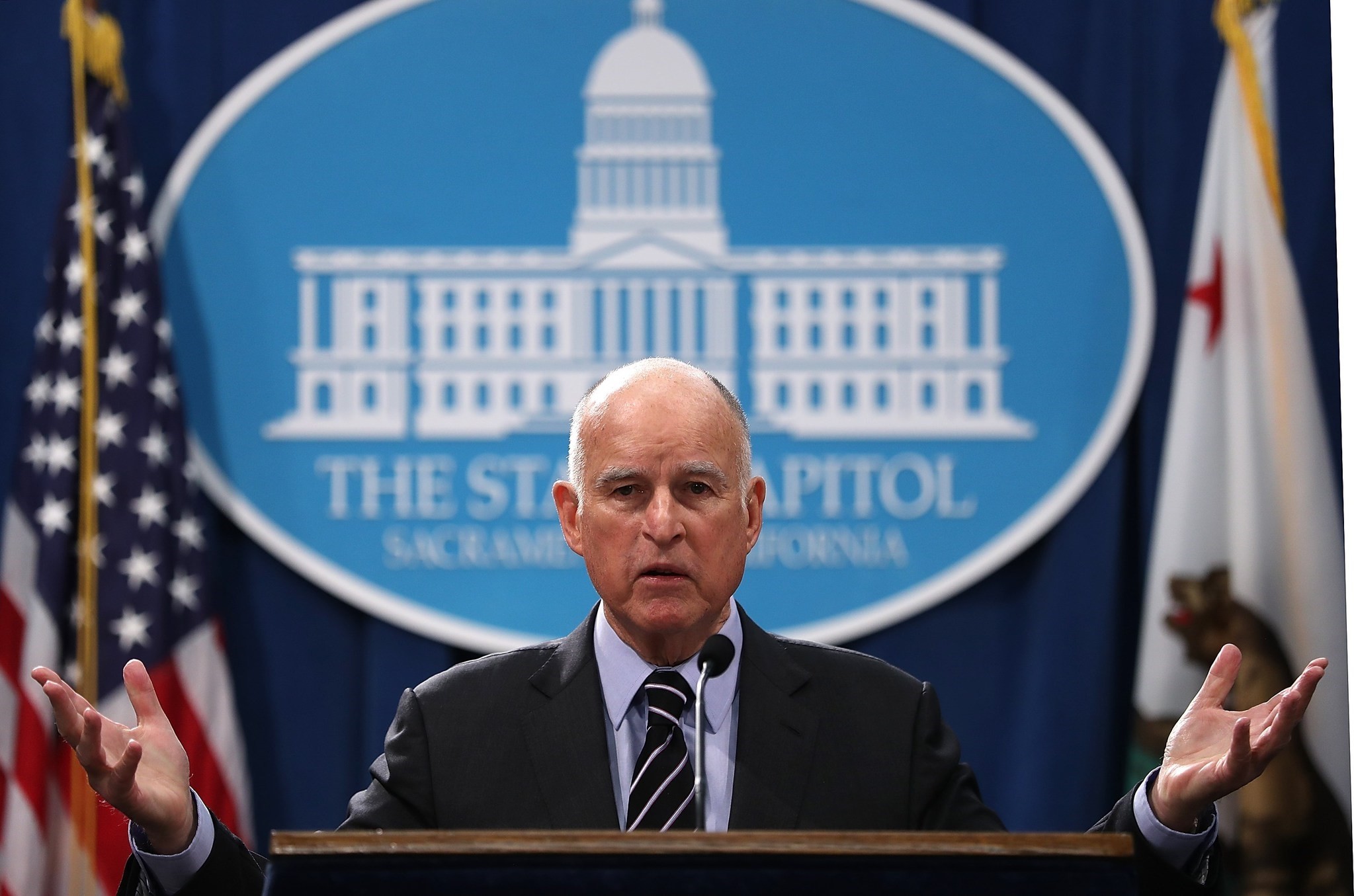 California Gov. Jerry Brown speaks to reporters during a news conference where he revealed his revised California State budget on May 11, 2017. (AP Photo)
by Daily Sabah May 18, 2017 12:00 am

After pleas from Turkish American groups and officials from the Trump administration, California Governor Jerry Brown overturned on Wednesday a decision to parole an Armenian terrorist serving life sentence for murdering Turkey's consul general in 1982.

According to SF Gate, a news website of the Bay Area, Gov. Brown said on Monday that he believes Harry "Hampig" Sassounian would be "an unreasonable danger to society if released."

Sassounian was originally sentenced to life imprisonment without possibility of parole; however, he became eligible for parole after admitting his guilt and formally apologizing in 2002. Previous demands by Sassounian were rejected by a parole board in 2006, 2010, 2013 and 2015.

Describing the killing as "a deliberate, planned assassination of a diplomat," Brown said he wasn't convinced that Sassounian regretted his mistake and that he "was committed to peace".

Brown also cited a letter Sassounian sent from prison to an Armenian military newspaper 5 years ago for his decision, and said it undermined his rehabilitation efforts.

The decision was unexpected for many, for Brown has affirmed almost 82 percent of the parole board decisions --far more than any other governor.

U.S. Secretary of State Rex Tillerson and Attorney General Jeff Sessions had opposed Sassounian's release and had called the murder "an attack on diplomacy itself." They had sent a letter to the parole board in March to express their concerns.

The Turkish Ministry of Foreign Affairs had also condemned the decision, saying it was based on local political dynamics and it did not match with the spirit of fight and cooperation against terror

Back in December, the parole board had accepted the demand of Sassounian, a terrorist from the right-wing Armenian Revolutionary Army (ARA) terror group who killed Kemal Arıkan, Turkey's consul general to Los Angeles, on Jan. 28, 1982.

Between 1973 and 1993, 33 Turkish diplomats, employees and families based in the Turkish diplomatic missions abroad were murdered by Armenian terrorist groups, with the Armenian Secret Army for the Liberation of Armenia (ASALA) being the most infamous one. ARA, previously known as Justice Commandos for the Armenian Genocide (JCAG), was affiliated with the Armenian Revolutionary Federation (ARF – Dashnaktsutyun), which is a political party dating back to the early 20th century and still operates in Armenia. These militant groups, cooperating with each other and other terrorist groups despite differing in ideology, were mainly based in civil-war-torn Lebanon, from where Sassounian's family emigrated to the U.S.