Erdoğan will meet with Trump once again at NATO summit, to discuss anti-Daesh efforts 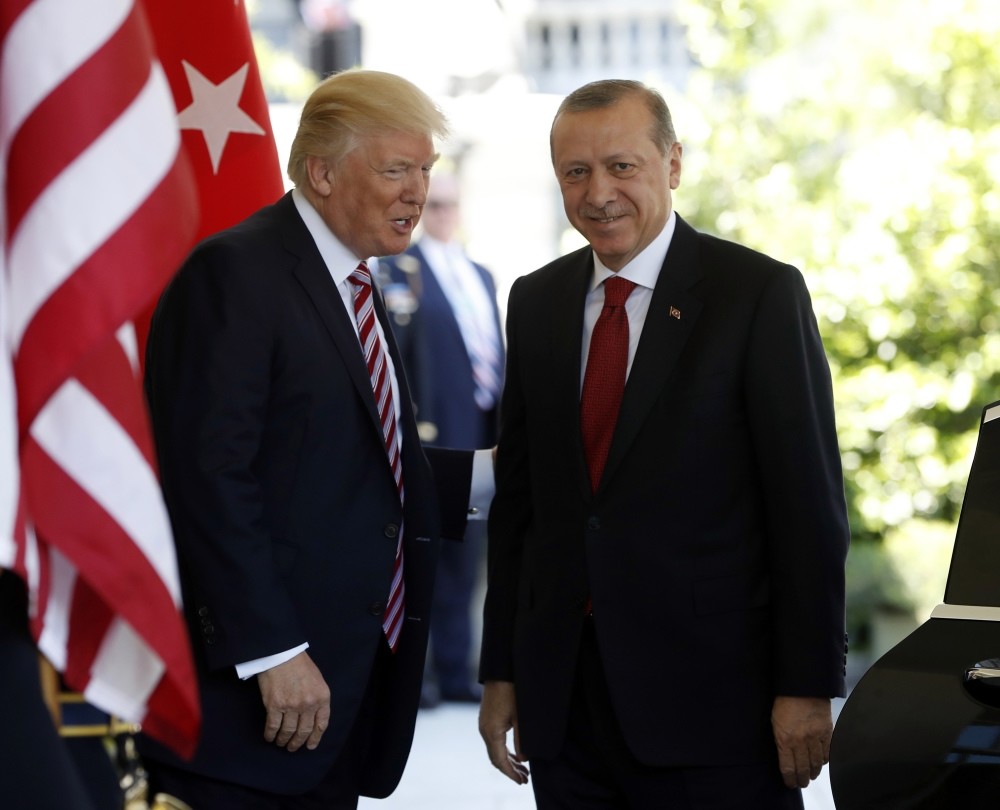 Turkey's President Recep Tayyip Erdoğan's official visits continue with plans to attend the NATO summit next week in Brussels, where he will meet with his U.S. counterpart Donald Trump for the second time in nine days to discuss anti-Daesh efforts. Presidents Erdoğan and Trump held their first face-to-face meeting last Tuesday in Washington, a visit Erdoğan had described as a "milestone" between the two countries. As strong NATO allies and strategic partners, the two leaders are to address the alliance's fate during the summit on May 25 in Brussels. The U.S. side has requested that one-on-one meetings between Trump and other leaders be limited to four minutes.

The NATO summit, which is to be held next week for the opening ceremony of NATO's new headquarters in Brussels, will address counterterrorism matters, along with the ongoing Syria crisis and the Iraq matter in the scope of anti-Daesh efforts. President Erdoğan is expected to give a comprehensive speech urging Turkey's NATO allies to fulfill their duties in the fight against Daesh and for Syria's future. The possible Raqqa and Mosul operations will also be addressed, while Russia's activities in eastern Europe, as well as in the Middle East, are to be assessed along with the possible measures to be taken. In addition to Erdoğan's one-on-one meeting with Trump, the Turkish president will meet with France's newly elected President Emmanuel Macron to congratulate him on his electoral victory.

The NATO summit will host 27 leaders, including President Erdoğan. The major topics on the summit's agenda include the counterterrorism efforts of the allies, as well as increasing defense expenditures. Last year, the U.S. covered 72 percent of NATO's budget. In that regard, U.S. President Trump had previously criticized NATO and urged all allies, primarily Germany, to increase their defense expenditures to 2 percent of each countries' national income by 2024. The U.S. president is expected to address NATO members during the summit and reaffirm the need for increasing the expenditures.