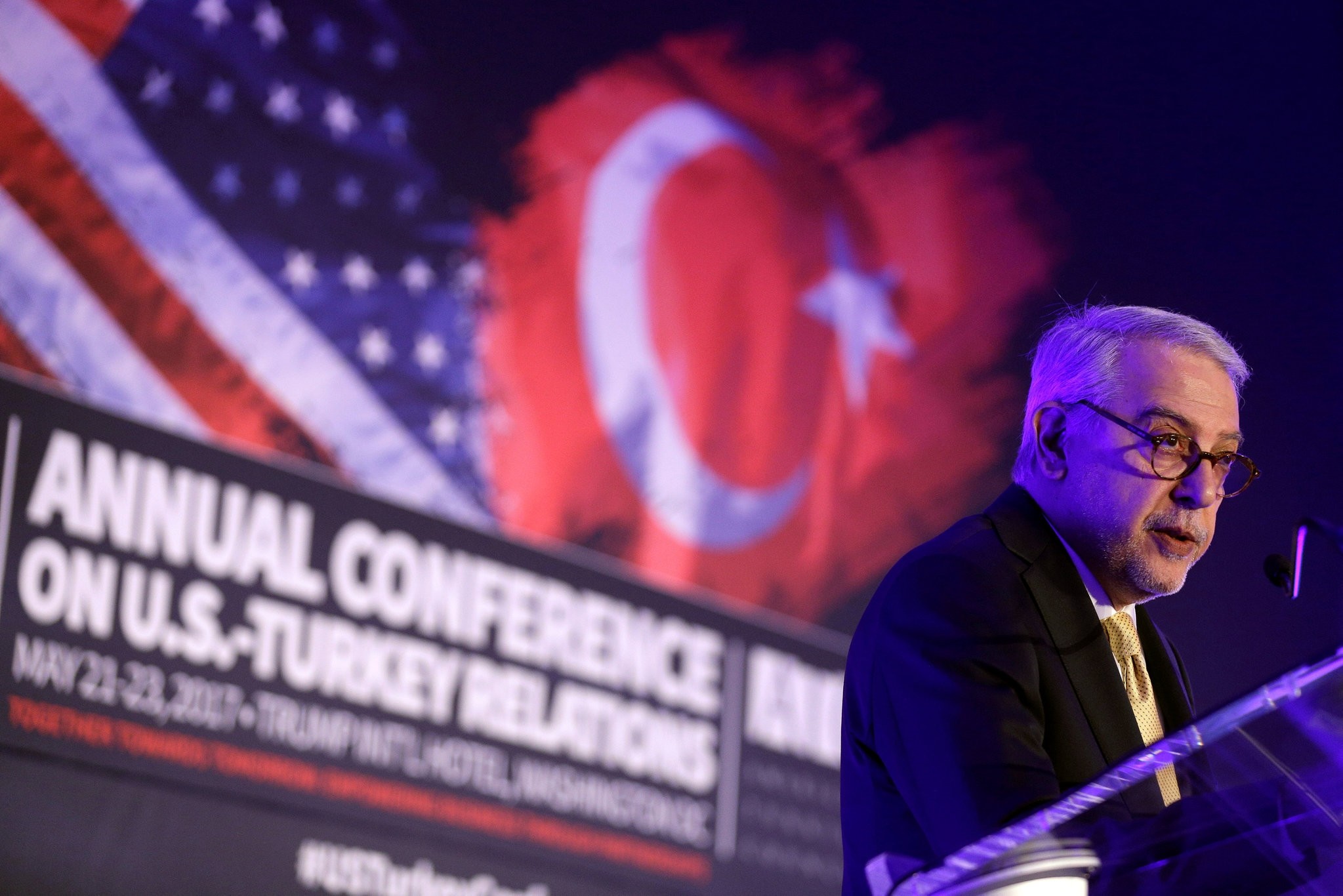 A senior official from the U.S. State Department strongly backed Serdar Kılıç, the Turkish Ambassador to Washington on Monday, in response to Senator John McCain's calls to expel the Ambassador over the violence that took place outside the Turkish Residence in Washington last week.

Tom Shannon, the Under Secretary for political affairs at the State Department, publicly thanked Turkish Ambassador Kılıç for his efforts to calm the situation down in Sheridan Circle Park, where a brawl between Turkish-Americans and supporters of terror groups PKK and its Syrian armed affiliate YPG broke out last week. Turkish President Recep Tayyip Erdoğan was meeting with a group of think-tanks at the Turkish residence when the violence erupted at the site.

"I would like to acknowledge, and thank Ambassador Kılıç, for the work he did, stopped the fight, calmed nerves and addressed the aftermath, thank you sir," Shannon said at the 36th Annual Conference on U.S.- Turkey Relations, organized by the Turkish American Council and Turkish American Business Council at the Trump Hotel.

Shannon's comments were interpreted as a response to Rep. Senator McCain. "We should throw the Turkish ambassador out of the country, we should identify those people that performed these unlawful acts of beating people up and they should be charged," McCain told reporters last week.

Kılıç was summoned to the State Department on Wednesday to discuss the altercation with Tom Shannon, the acting deputy secretary of state.

Turkey's U.S. embassy stated that the demonstrators were associated with the PKK, which has waged a three-decade-long bloody insurgency against Turkey and is considered a terrorist group by the U.S.

The incident on May 16 was not the first time security breaches took place during a Turkish leader's visit to the country. Last year, violence erupted outside Erdoğan's appearance at a nuclear security summit in Washington, and scuffles had also erupted at the United Nations headquarters in New York.