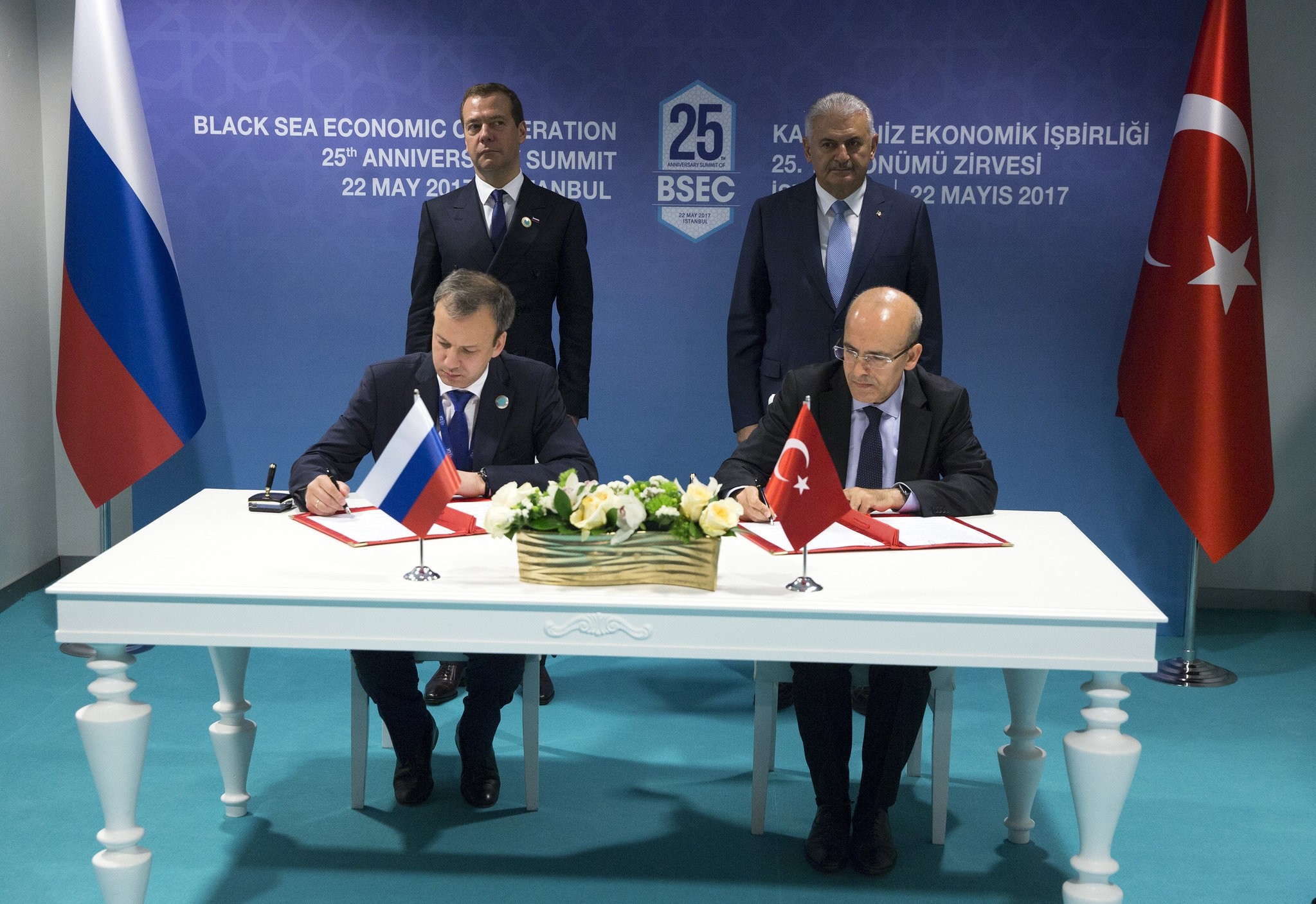 Deputy PM Mehmet u015eimu015fek (bottom right) and his Russian counterpart Arkady Dvorkovich signed a joint declaration to remove trade restrictions between Russia and Turkey on May 22, 2017. (AA Photo)
by Daily Sabah May 23, 2017 12:00 am

Deputy Prime Minister Mehmet Şimşek said Tuesday that "almost" all problems between Turkey and Russia had been sorted out.

"The declaration signed yesterday is beneficial for both Turkey and Russia. Almost all problems have been solved, I think we are on the right path," Şimşek said during a press conference at the International Media Forum in Turkey's southern Antalya province.

He added that the signing was, "good news," and that now the countries' relations were almost in the same position as they had been before November 2015.

Referring to Russian-imposed restrictions on tomato imports, which will remain in place under the declaration, Şimşek said that he refrained from being fixated on this topic.

"Our relations are more important than tomatoes. I am satisfied with the agreement," Şimşek concluded.

Turkey and Russia signed a joint declaration Monday to remove trade restrictions between the two countries. The declaration was reportedly signed on the sideline of the 25th-anniversary summit of the Organization of the Black Sea Economic Cooperation (BSEC) in Istanbul.

The agreement is viewed as an important step towards the normalization of economic relations and increasing trade volumes.