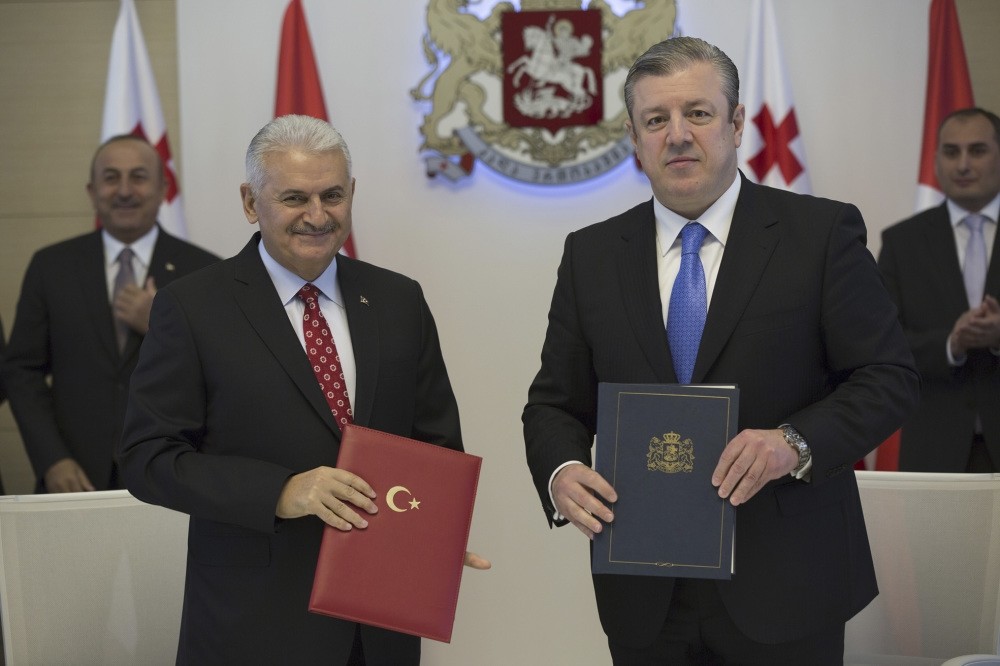 "We are determined to further deepen our relations [with Georgia] in the upcoming years and continue to increase our cooperation as well as support in this sense, just as we have over the past 25 years," Prime Minister Yıldırım said at a joint press conference held with his Georgian counterpart Giorgi Kvirikashvili.

Touching upon the second High Level Strategic Cooperation Council meeting, which also coincided with the 25th anniversary of diplomatic relations between Turkey and Georgia, Yıldırım defined the meeting as "highly meaningful" and added that "Turkey and Georgia had achieved true friendship within the 25 years."

"We have potential to double our trade volume within the next few years. While we establish this, we also value maintaining trade balance," he stressed, underlining that there are a number of areas that Turkey and Georgia cooperate.

While noting that the two leaders have addressed bilateral cooperation matters comprehensively, the Turkish prime minister said that the meeting was "extremely productive and successful."

He had further announced that the Baku-Tbilisi-Kars Railway project, an important link in the middle corridor of the modern Silk Road, has reached its final phase.

Emphasizing that the project is to change the fate of the region, he added that it is highly strategic and that it aims to revitalize trade volume from London to China.

Combat against terror must be global

Continuing on by condemning the recent deadly terror attack in U.K.'s Manchester Arena, Yıldırım also said "combat against terror must be global. If terrorists are separately categorized as 'dangerous' or 'less dangerous,' then the combat against terror will face vulnerability."

"Terror has no limits. Thus, it must be dealt with by various countries and it can also be defeated by enhancing economic cooperation. We must combat the sources of terror," Kvirikashvili said.