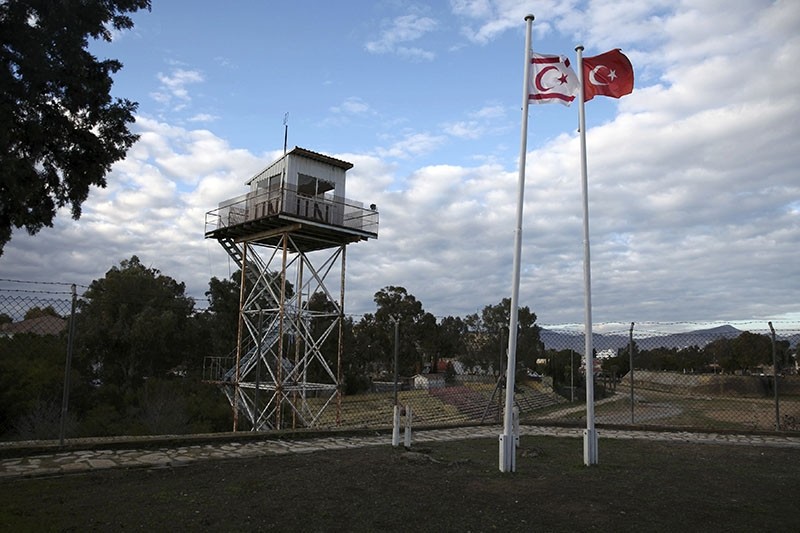 Greek media claims about an alleged plan to cut Turkish troop numbers in Turkish Cyprus by 80 percent were dismissed by Ankara on Thursday.

Foreign Ministry spokesman Hüseyin Müftüoğlu said stories claiming Turkey had presented a four-step plan to reduce its military presence on the divided island were not true. The percentages mentioned in the reports were also false, Müftüoğlu added.

The offer enables adjustment of the numbers of troops of guarantor states on the island. Turkey, the U.K., Greece, and Greek Cyprus requested a day to consider Turkey's offer.

Thursday's developments come amid international talks to resolve the Cyprus issue currently being held in the Alpine resort of Crans-Montana, Switzerland.

Turkish Cyprus, Greek Cyprus and representatives from guarantor countries started negotiations on Wednesday to solve the long-standing dispute on the divided island.

According to Espen Barth Eide, the U.N. special adviser on Cyprus, the upcoming Cyprus peace talks in Switzerland are the "best, but not the last chance" to solve the long-standing dispute on the divided Mediterranean island.

"It is a unique opportunity because after all of these decades of division it is possible to solve, and I really hope that this is the spirit by which everybody goes into this meeting," Eide said at a news conference in Geneva ahead of Wednesday's talks.

Eide said that the U.N. would not submit a "common document" to guide the discussions on security and guarantees as was announced earlier in June.

The U.N. is seeking a peace deal to unite Cyprus under a federal umbrella, which could also define the future of Europe's relations with Turkey, a key player in the conflict.

This latest round of Cyprus talks are expected to continue for about a week.

U.N. Secretary-General Antonio Guterres is expected to join the ongoing discussion on Friday.

The restart of the Cyprus talks on June 28 was announced earlier this month after Guterres met Turkish Cypriot and Greek Cypriot leaders in New York.

The last attempt to resolve the crisis ended in failure in 2004 after the U.N.-backed Annan plan was rejected by Greek Cypriot voters in a referendum.

According to Turkish diplomatic sources, Foreign Minister Mevlüt Çavuşoğlu said on Wednesday: "We are here for a solution. The 50-year conflict should come to an end."

Ankara has maintained a military presence there ever since to safeguard the Turkish community on the island.

The Turkish and Greek Cypriot president, Mustafa Akıncı and Nicos Anastasiades have been involved in reunification talks to create a federal state since May 2015.

The pair met several times in Geneva and Mont Pelerin last year, but their last meeting in February was fraught with controversy over a Greek Cypriot decision to introduce a commemoration of the 1950 Enosis referendum on unification with Greece.

Both sides had agreed on most issues in the reunification deal, but the sticking points, including a security and guarantee system, remain unresolved.