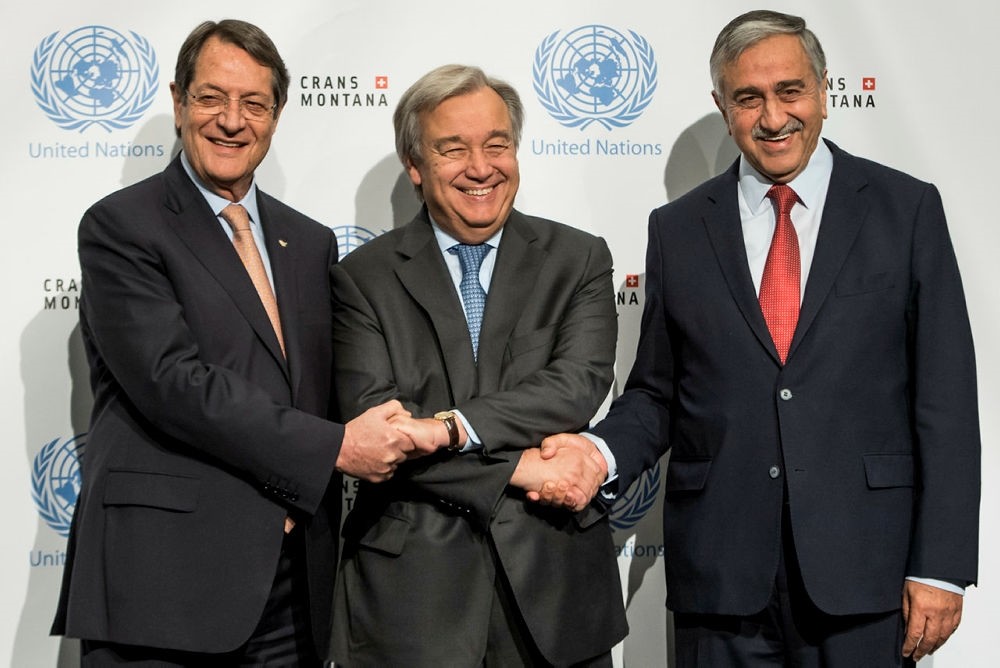 Progress has been slow in high-level talks to reunify the divided island of Cyprus, U.N. Secretary-General Antonio Guterres said Friday, with security issues in particular standing in the way of a peace accord.

Guterres, whose presence on the third day of talks at the Swiss resort of Crans-Montana is intended to give the discussions a boost, also played down suggestions that the body is getting weary of the drawn-out problem, which has been in its in-tray since 1964.

"It is slow progress and many outstanding issues are still to be resolved," the U.N. chief said.

Guterres said "new positions showing increased flexibility" in some issues had been relayed and that some gaps between the rival sides have narrowed.

"We're not impatient and we're not threatening the parties in any way," said Guterres, adding that putting a deadline on talks would invite the collapse of the process.

Top diplomats from Cyprus' "guarantors" — Greece, Turkey and Britain — were also at the summit.