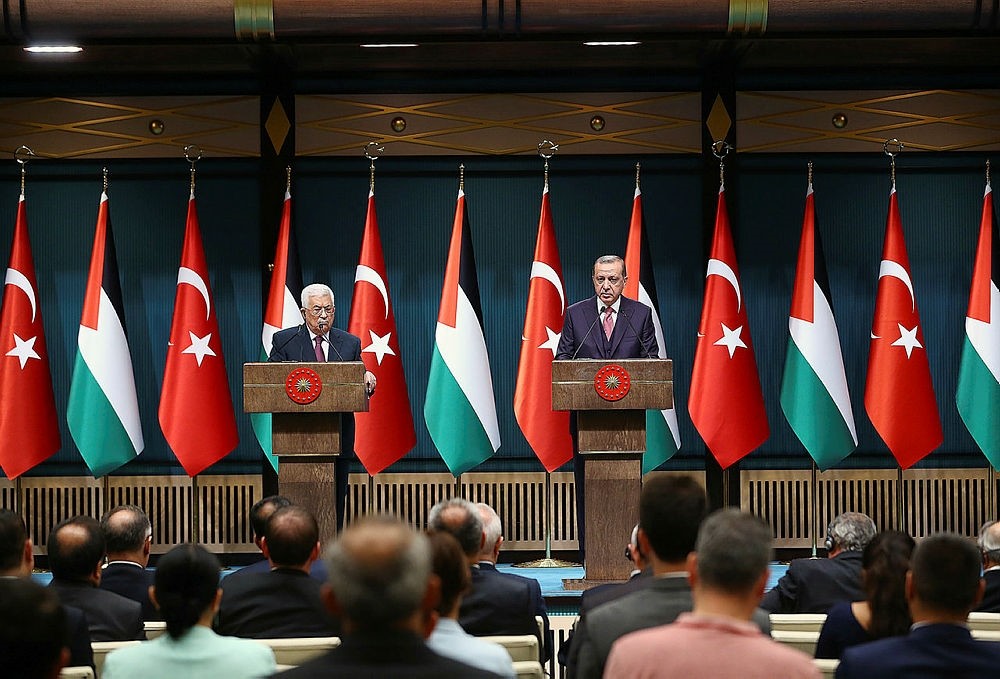 President Recep Tayyip Erdoğan called on the Israeli government on Monday to end the occupation of Palestine and the building of illegal settlements in the occupied lands that threaten the possibility of a two state solution.

Speaking at a press conference with Palestinian president Mahmoud Abbas in Ankara, Erdoğan said: "Establishing an independent Palestinian state, with East Jerusalem along the lines of 1967 is crucial for stability in the region."

In an interview held later in the day with private broadcaster NTV's Oğuz Haksever, Erdoğan urged Netanyahu to respect the holy lands.

"Netanyahu should put aside his views and respect the multifaith nature of the Al-Aqsa mosque," he said.

Israel occupied East Jerusalem in 1967. It unilaterally annexed the entire city in 1980, claiming it as its "eternal and undivided" capital in a move never recognized by the international community.

The president said Turkey does not want the holy city of Jerusalem to experience conflict and bloodshed.

A two state solution is also the international community's responsibility to the Palestinian nation, he said adding that Turkey is ready to offer support for initiating a peace process.

"Resolving the issue and establishing peace does not only serve Palestinians but also Israelis. As we witnessed during events, rising tension is no good for either side," Erdoğan said.

The measures, including metal detectors and cameras, sparked outrage across the Muslim world.