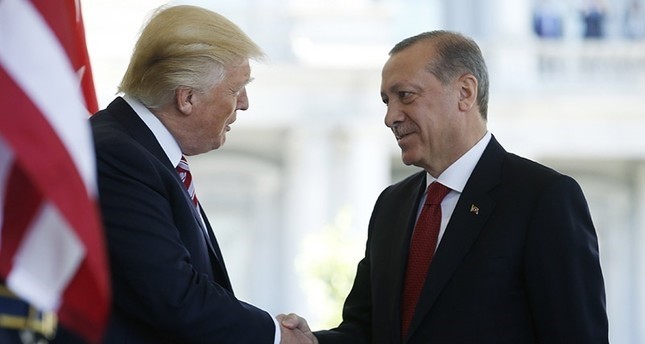 The two leaders emphasized the importance of strategic partnership and cooperation in order to strengthen bilateral ties and ensure stability in the Middle East.

Erdoğan, Trump also agreed to hold a meeting on the sidelines of the United Nations General Assembly in New York, scheduled for this month.

Relations between Ankara and Washington have soured over U.S. support for the PKK terrorist organization's Syria offshoot, the People's Democratic Union (PYD) and its armed wing the People's Protection Units (YPG) in Syria which is currently supported by Washington.

Ankara, on the other hand, has designated the PYD/YPG as a terrorist group, despite Washington declaring them the most effective partner in the fight against Daesh. Turkey argues that there is no difference between the PKK, which is listed as a terrorist organization by the U.S., the EU and Turkey, and the PYD/YPG.