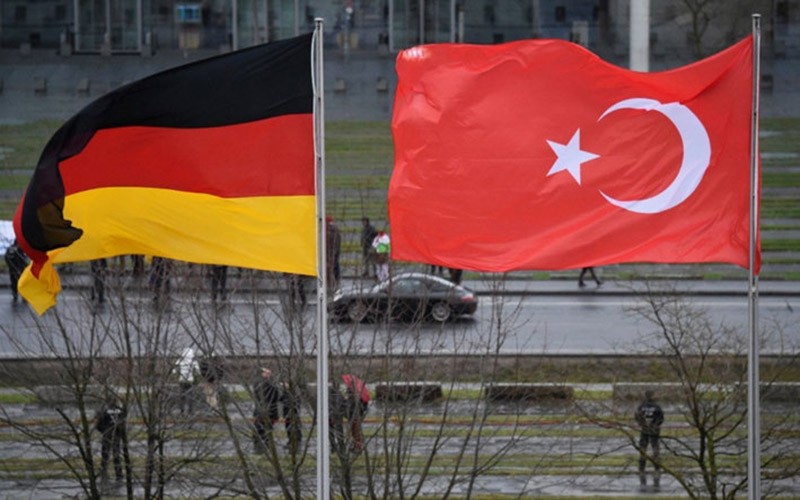 The Turkish Foreign Ministry warned citizens living in Germany or traveling to the country to be cautious, in a statement released on Saturday.

The ministry said Turkish citizens should act responsibly in cases of xenophobia, incidents of racism and verbal attacks.

Citizens should also avoid political discussions and refrain from attending the rallies of political parties ahead of the upcoming elections, as well as any organized events held in Germany by terrorist organizations like the PKK, the statement said.

The statement indicated that political leaders in Germany are basing their election campaigns on anti-Turkish rhetoric and aims of blocking Turkey from becoming a member of the EU. "The political leadership campaigns in Germany are based on anti-Turkish sentiment and preventing our country's EU accession. The political atmosphere. ...has actually been under the effects of far-right and even racist rhetoric for some time," the Turkish Foreign Ministry said.

The statement also advised citizens to pay attention to further announcements delivered by the Foreign Ministry, the Turkish Embassy in Berlin and other consulate generals in Germany.

"The relationship between Turkey and Germany must not develop in the manner that the government in Ankara is obviously and systematically pushing forward," Schulz said. "Germany is not a country that can accept such indignity from Turkey," he added.

Cem Özdemir, one of the two top candidates from Germany's Green Party, addressed President Recep Tayyip Erdoğan on his Twitter account, tweeting: "No, Erdoğan, Germany is not anti-Turkish. We fight for the freedom of speech - in our market places and everywhere else."

Peter Tauber, the secretary general of Chancellor Angela Merkel's Christian Democrats Union (CDU), also criticized Ankara on his Twitter account. "Is Erdoğan warning against traveling to Germany so that the people there don't see how freedom, justice and open-mindedness make a country strong?" Tauber wrote.

Berlin-Ankara relations have recently been strained over several issues, the latest of which was the call of German politicians on the EU to end Turkey's accession talks. Both German Chancellor Merkel as well as her main rival Schulz had called for an end to Turkey's EU membership negotiations during a televised political debate in Germany last week. Merkel further promised Tuesday that she would raise the issue of Turkey's membership at an EU leaders summit in Brussels on Oct. 19-20. Despite this, Germany's calls were disregarded by foreign ministers from EU member states that gathered in Estonia on Friday, including Britain and Ireland.

Islamophobia and anti-refugee sentiments have risen in Germany over the past few years, propelled by propaganda from far-right and populist parties which has also led to tense relations between Turkey and Germany, as numerous Turkish citizens living in Germany and mosques became the targets of far-right attacks.