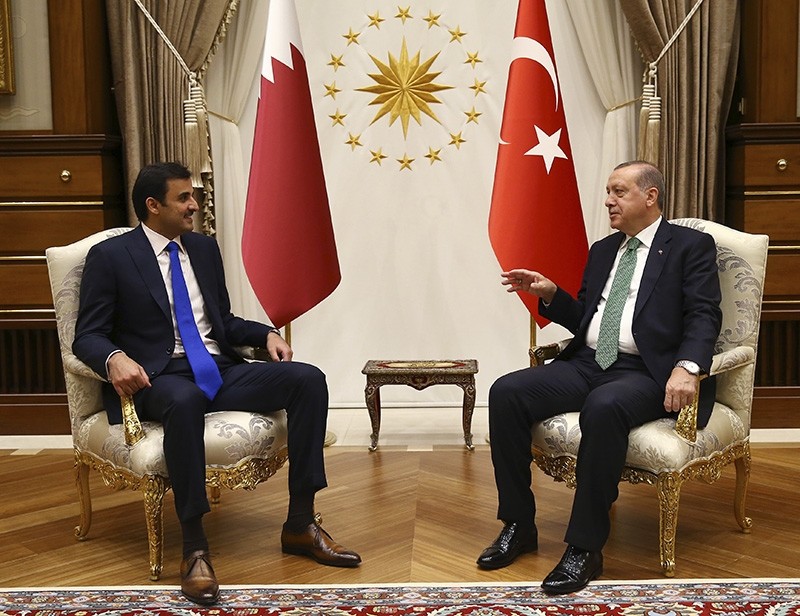 The two leaders held a 2.5 hour long closed-door meeting after having dinner together, attended by Energy and Natural Resources Minister Berat Albayrak.

The meeting focused on the resolution of the Gulf crisis, as well as bilateral relations, regional problems and international developments, presidential sources said.

The two leaders reaffirmed commitment to resolve the crisis through diplomatic means, and to cooperate on regional problems, sources added.

The diplomatic crisis between Gulf countries began on June 5, when Saudi Arabia, the United Arab Emirates, Egypt and Bahrain collectively severed diplomatic and transport ties with Qatar, accusing it of supporting terrorism in the region.

Kuwait has also played a central role in attempting to resolve the crisis, dispatching a number of high-level emissaries to relay messages between Qatar and the states aligned against it.