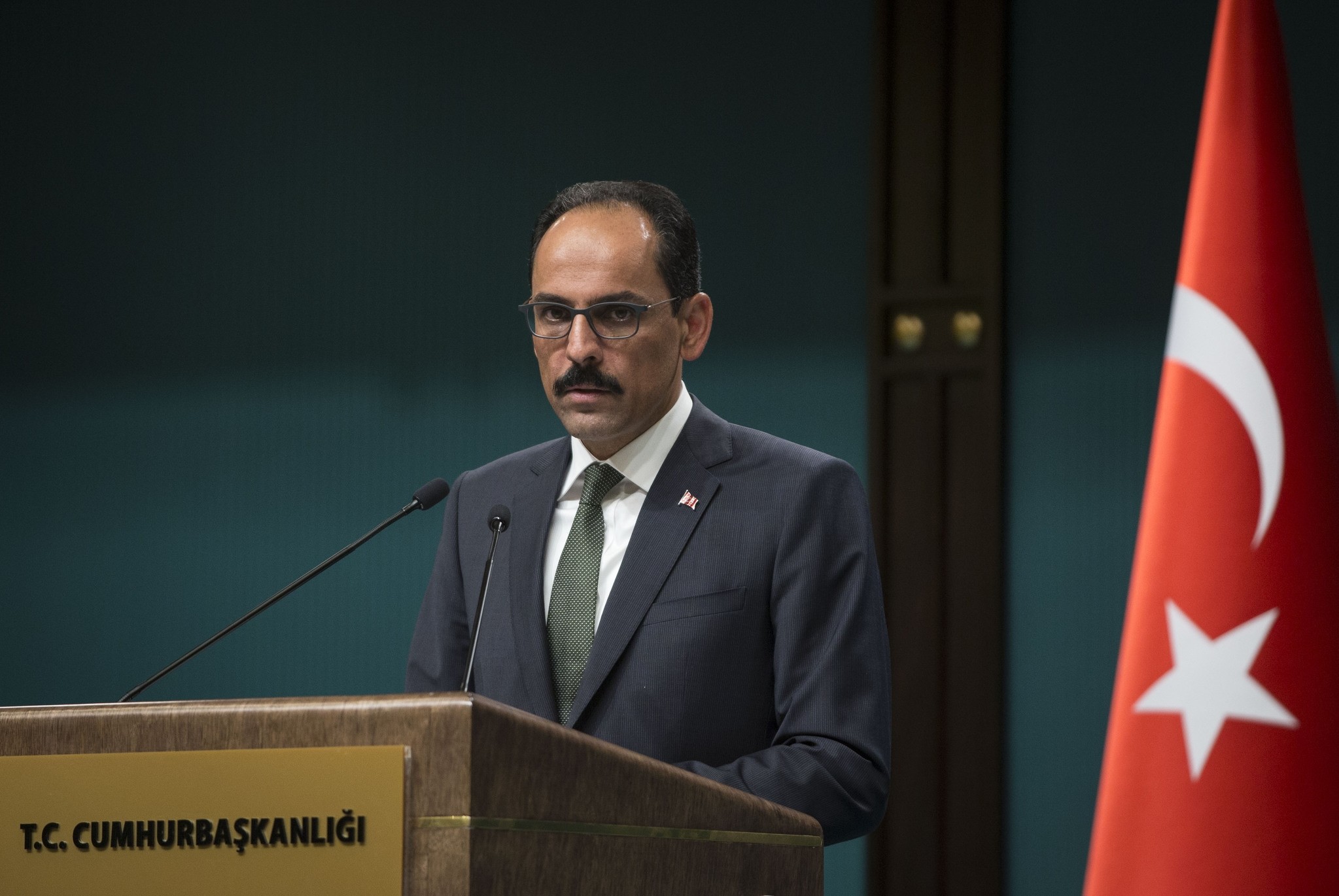 The planned independence referendum in northern Iraq's Kurdish region is a "terrible mistake" that will trigger new crises in the region if it is not canceled, presidential spokesman İbrahim Kalın said on Saturday.

"If the referendum is not cancelled there will be serious consequences. Irbil must immediately refrain from this terrible mistake which will trigger new crises in the region," Kalın wrote on Twitter.

Kalın also reminded that Turkey has always been on the Iraqi Kurds' side, echoing Prime Minister Binali Yıldırım's comments from earlier in the day. Yıldırım warned that the planned referendum would have political, economic, security and diplomatic consequences for the Kurdistan Regional Government (KRG).

This comes after a cabinet meeting and National Security Council (MGK) meeting on Friday, in which counter-measures against the 'illegitimate' vote were discussed.

Despite opposition from Turkey, Iraq and Iran as well as the United States, KRG leader Massud Barzani has insisted that the referendum would go ahead.

Iraq's chief of staff General Othman al-Ghanimi arrived in Ankara earlier for talks with his Turkish counterpart Hulusi Akar on the poll as well as the fight against terrorism.

The top Turkish general is also due to pay a visit to his Iranian counterpart before Erdoğan visits Tehran on October 4.