KRG referendum will be held, decision will not be reversed, Barzani says 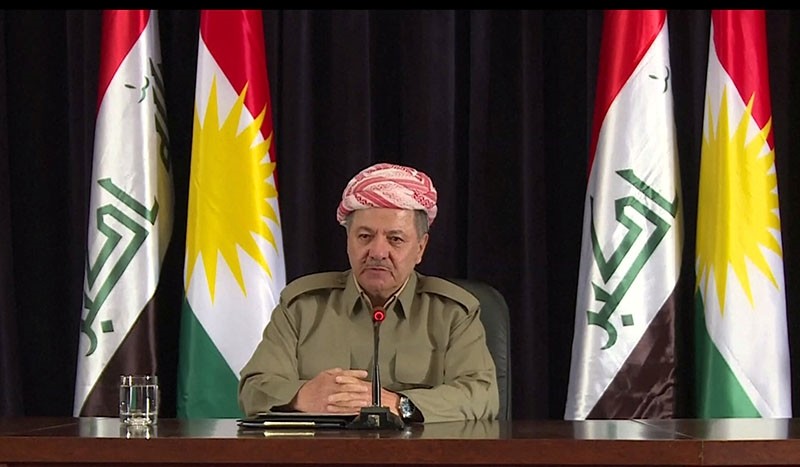 The northern Iraq's Kurdistan Regional Government (KRG) leader Masoud Barzani said Sunday that the controversial referendum scheduled for Sept. 25 will be held as planned despite calls from Baghdad, neighboring countries and international community for suspension or termination of the process.

Speaking at a press conference in KRG capital Irbil a day before the referendum, Barzani said Iraq has turned into a "sectarian state" and claimed that the referendum aims to restore the democratic and federal structure of the country.

''We are never going back to Baghdad to renegotiate failed partnership," Barzani said, adding that the referendum will not determine the borders and dialogue and negotiations with Baghdad will resume after the referendum.

Mainly addressing to Turkey and Iran, which have their own sizeable Kurdish communities and fiercely rejected the referendum, Barzani said that Iraqi Kurds will respect laws on international boundaries.

Regarding a question on Turkey's ongoing military drill on the border and the possibility of closing the border gates, Barzani responded that it is not of their concern what Turkey is doing inside its borders, whereas he hopes that shutting down the border, acting as the main lifeline of KRG economy, will not happen since both sides would not benefit from this.