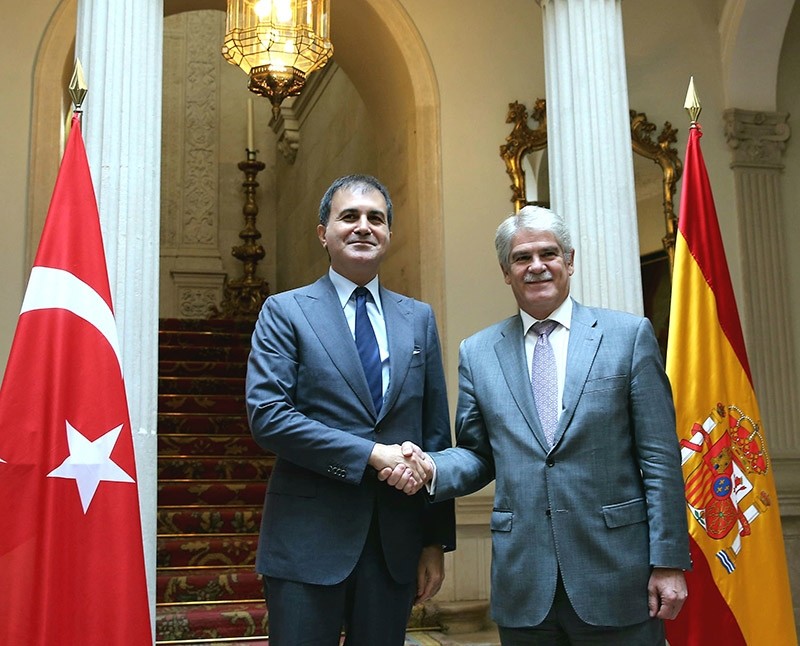 The Minister for European Union Affairs and Chief Negotiator Ömer Çelik has come together with Spain's Foreign Minister Alfonso Dastis during his latest visit to the country.

The two ministers discussed several issues, including Turkey-EU relations, the fight against terrorism and cooperation in the migration crisis as well as the update of the Customs Union during the meeting on Thursday, which was held at the official residence of the Spanish Foreign Ministry in capital Madrid.

Çelik also addressed a meeting of the Spanish Confederation of Business Organization on the same day, encouraging more investments in Turkey, and underlining the country's "significant potential" for businesses with international experience.

The EU minister started his Spain tour on Wednesday with an event focusing on Europe's future.

Speaking to an audience of diplomats, intellectuals and politicians, Çelik called for cooperation between Turkey and the European Union to overcome the problems destabilizing Europe, including terrorism, far-right populism, Brexit and the migrant crisis.