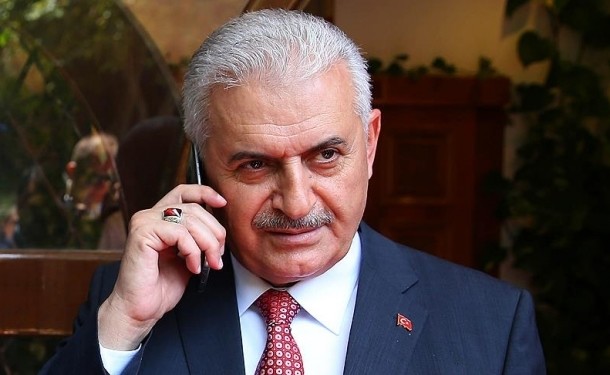 According to a statement from Turkish Prime Ministry's Press Office, Yıldırım told Al-Sarraj that Turkey expects the three Turkish nationals to be found "as soon as possible."

Al-Sarraj said Libya would use every means available to help rescue the Turkish workers.

On Friday, an armed group seized three Turkish nationals and one German citizen who had been working for ENKA in Ubari region, a Turkish engineering and construction firm.

The reason behind the abduction "is not thought to be an act of terrorism," said Omar Kuki, official from Ubari municipality earlier on Saturday, adding the Libyan security forces had launched an operation to find the missing workers.

Libya has been dogged by violence since 2011, when a bloody uprising led to the overthrow and death of longstanding President Muammar Gaddafi after more than four decades in power.

The ensuing power vacuum led to the emergence of several rival seats of government and a plethora of heavily-armed militia groups.

According to a report issued Wednesday by the U.N. mission in Libya, at least 23 civilians were killed in various clashes throughout the North African country -- including women and children -- in October alone.