Positive steps taken, visa appointments in Turkey to be scheduled in 'limited manner:' US State Dept 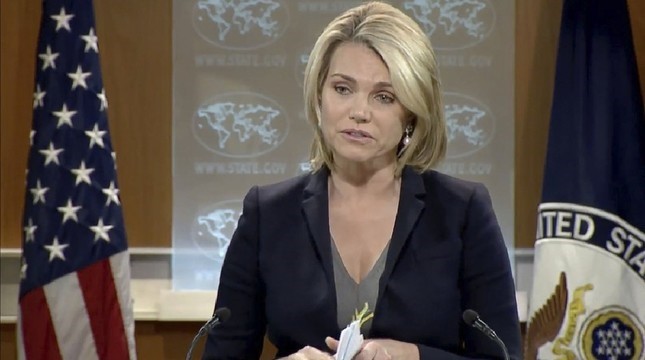 Both Turkey and the U.S. have taken positive steps towards resolving the visa crisis, and a limited number of visa appointments for Turkish citizens are being scheduled in the order of importance, the U.S. State Department spokesperson Heather Nauert said Tuesday.

Speaking in a press briefing in Washington, Nauert said: "We're only able to do this on a limited basis right now, but we are prioritizing medical, humanitarian, and also student visas in those cases. We've had a series of what I would describe as fairly positive conversations with the Government of Turkey. This is certainly a step in the right direction. It's a positive step."

The two countries on Monday partially restored visa services after a nearly month-long row over the arrest of Turkish staffers of a U.S. mission for alleged Fetullah Terrorist Organisation (FETO) ties.

Turkish Prime Minister Binali Yildirim also arrived in the U.S. on Tuesday to start his trip amid signs of improving Turkish-U.S. relations.

The visa crisis erupted after Metin Topuz, a Turkish employee working in the U.S. Consulate in Istanbul, was arrested on charges of espionage and over his links to FETÖ, the group blamed for the July 15, 2016 coup attempt that killed 249 people in Turkey.