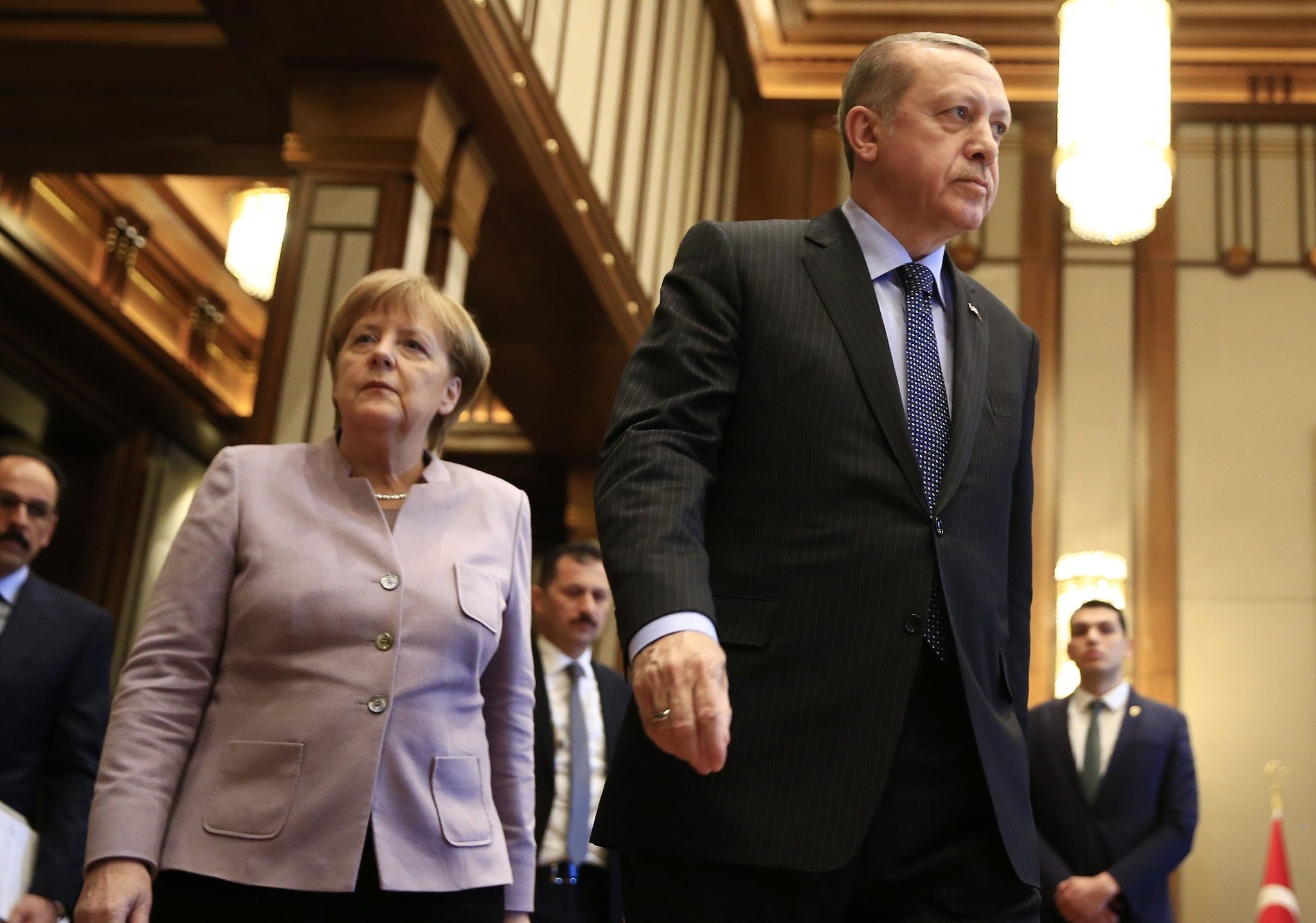 Explaining their expectations from one another and concerns about a variety of issues, German Minister of State Böhmer's visit to Ankara showed that both countries are ready to leave their disagreements behind

Ankara conveyed its reservations about the lack of effective measures it alleges Berlin has made against the PKK and Gülenist Terror Group (FETÖ) while the European leader expressed concerns about human rights practices during the state of emergency and imprisoned German nationals in Turkey during German Minister of State Maria Böhmer's visit to Ankara on Monday, as part of efforts to rebuild trust and maintain diplomatic channels open between the two NATO allies.

Böhmer's visit to Ankara saw her hold meetings with Parliament's Human Rights Commission Deputy Chairwoman Fatma Benli and Justice and Development Party (AK Party) Samsun Deputy Akif Çağatay Kılıç. The two sides expressed their expectations from one another and concerns about a variety of issues.

Touching on Ankara's expectations from Berlin regarding the fight against terrorism, Benli said on Monday prior to the meeting that "even though we are expecting more help from Germany in the fight against FETÖ after July 15, the recent developments indicate that compliance will increase. As a matter of fact, the recent intervention of the German police against the PKK in Düsseldorf is important for us." Benli stressed that Böhmer's visit was of great significance to Ankara.

Böhmer, however, conveyed Berlin's reservations about imprisoned German nationals in Turkey as well as human rights and state of emergency practices in the country since July 2016. Böhmer emphasized the importance of preserving human rights in the aftermath of the Gülenist coup attempt, upholding the clarification of events and bringing those responsible to justice.

"I think here the principle of proportionality is very important. I have to say this, too, we are concerned that human rights are not adequately protected in the events after [the coup attempt]. I want to express this with openness; we are worried that German citizens are being detained here for a long time and no indictment is published," Böhmer said.

She also said that the release of German national Peter Steudtner was well received in Berlin. "We received the release of Steudtner well, and we believe that this was a positive step. We hope that these positive developments will continue and I am aware that you dwell on this as well."

In response to Böhmer's criticism of practices during the state of emergency, Benli said that Turkey fights multiple terrorist groups and keeps the balance between fighting terrorism and justice.

Later on, Benli told Daily Sabah that the meeting was based on mutual trust and had positively results. Recently, there have been attempts by both sides to improve relations. The German Foreign Ministry last week told Daily Sabah that reconciliation "will not be easy, and it will take time."

Böhmer's visit came after the foreign minister of the two countries met in the southern city of Antalya for an informal meeting. "We met with German Foreign Minister Sigmar Gabriel in Antalya, talked about the difficult issues between our countries and the expectations," Çavuşoğlu said on Nov. 4. A German Foreign Ministry official said that there is "a desire to stay in close contact from both sides and to rebuild trust step-by-step."